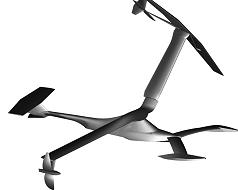 Once there was Babe Ruth's home run record. Until it became Hank Aaron's home run record. Once there was the 4 minute mile barrier. Until it became Roger Bannister's sub-4 minute mile mark. Once, the only things going 50 knots (about 57 miles per hour) on the water were high powered speed boats*. Now, the 50 knot barrier soon may be broken as Popular Science reports here. Weymouth Speed Week is coming. It runs from the 8th of October to Fri 14th of October 2005. Will the record be broken?

While it may appear surprising to some, we are not aiming at the 50 knot barrier. We believe the craft has potential to go considerably faster than this and will be very disappointed if it does not achieve a top speed in the range of 70-80 knots.
We believe we can achieve these speeds for the following reasons. The land and ice speed sailing records are 116mph and 143mph respectively. This shows that there is no energy restriction or limit on going faster than 50 knots. The normal failure mode of speed sailing craft is when a control surface fails to work. For example for a foil in water cavitation becomes more and more likely as you approach the present speed record. One approach is to try and delay this with a cavitation resistant foil profile. The cavitation causes a complete loss of lift for the foil and at the speeds involved can lead to sudden and often catastrophic failure.

* And a few hydrofoils, surface effect ships. air cushion vehicles, wing in ground aircraft - all powered by something other than the wind.