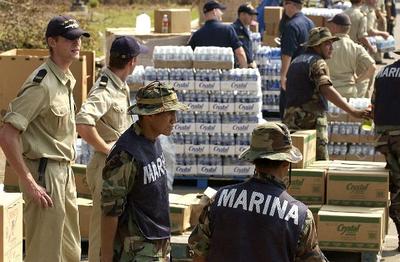 From Navy NewsStand - Eye on the Fleet (as are most of the Katrina Navy photos that I have posted), here: 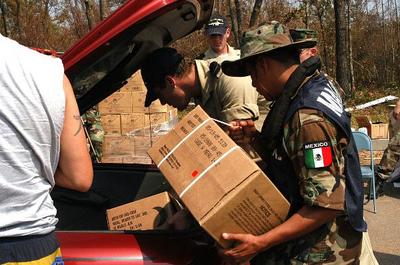 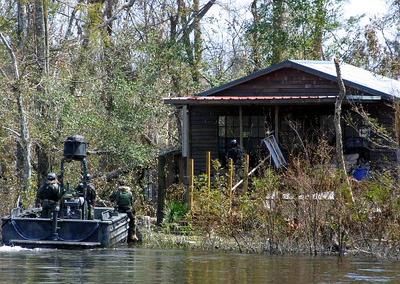 U.S. Navy Special Warfare Combatant-craft Crewmen (SWCC), assigned to Special Boat Team Two Two (SBT-22), search for survivors of Hurricane Katrina along the banks of the Pearl River (Mississippi). Thousands of homes, many of which were destroyed by the storm, line both banks of the river. SBT-22 employs the Special Operations Craft Riverine (SOC-R), which is specifically designed for shallow waterways. SOC-R's enable the SWCCs to go house-to-house along the river, checking on residents only accessible by boat. U.S. Navy photo by Chief Journalist Scott Boyle