US and Indian Aircraft Carriers Operating Together 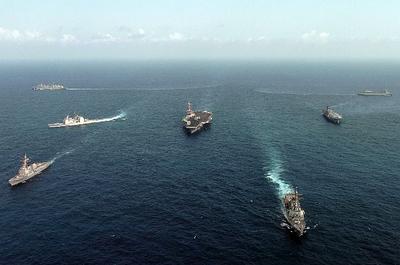 As part of an exercise, USS Nimitz and INS Viraat are operating together in the Indian Ocean as seen here. Photo caption: