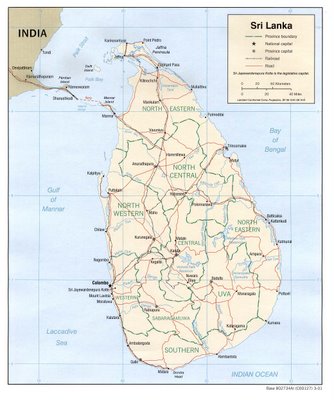 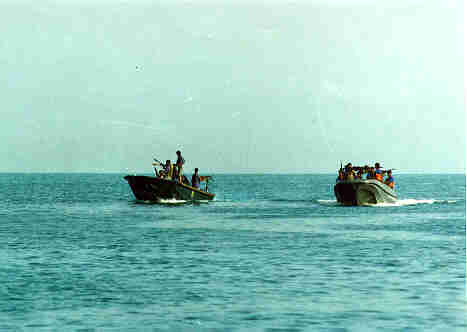 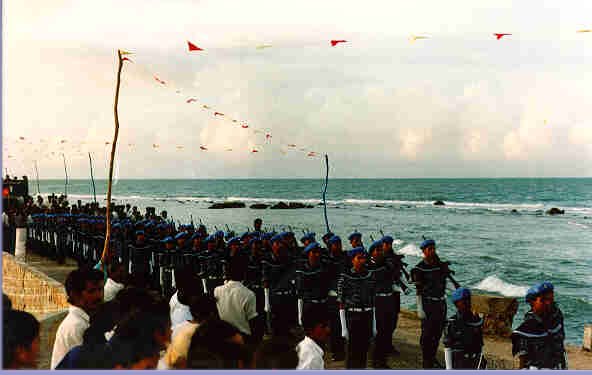 Another terrorist organization operates at sea as reported
here:

Sri Lanka's Tamil Tiger guerrillas have developed a 'sophisticated' maritime network and they must now be looking for ways to meet the challenges of the latest global maritime security regimes, an Indian scholar says.

Vijay Sakhuja, a former Indian Navy officer and now a senior fellow at the Observer Research Foundation, says that the Liberation Tigers of Tamil Eelam (LTTE) 'has built up an impressive maritime infrastructure' and sharpened its maritime skills.

'The networks have kept pace with the changing technologies and have adapted themselves to counter the strategies of maritime forces,' says 14-page study, titled 'The Dynamics of LTTE's Commercial Maritime Infrastructure'.

The LTTE, which controls a vast stretch of territory in Sri Lanka's northeast, also operates a powerful naval wing that is called 'Sea Tigers', which includes a suicide unit of its own known as 'Black Sea Tigers'.

But as opposed to the Sea Tigers' fast moving attack vessels, the LTTE has built a mammoth maritime unit that mostly ferries legitimate cargo from one part of the world to another but also carries, when needed, arms and explosives for the Tigers.

Sakhuja says the LTTE's maritime assets and organisation 'are quite capable and can well compete with the maritime facilities of a small island state' and they include a fleet of merchant ships, a large number of fishing trawlers, high-speed motor launches, and professionally trained crew.

'The LTTE may also have some vessels capable of carrying one to two shipping containers.'

Sakhuja's focus on the maritime wing, which he calls 'impressive' and 'sophisticated', and says it has 'kept pace with the changing technologies. Besides, the Sea Tigers 'have also sharpened their capability to attack enemy ships both in harbour and at sea'.

In view of the post 9/11 maritime security matrix being imposed upon states and the maritime community, the task before the LTTE is indeed demanding, says Sakhuja, who held several key appointments as a navy officer.

The latest security regimes include the Proliferation Security Initiative, the International Ship and Port Facility Security and those related to the Flag of Convenience.

'The LTTE would be probing for strategies that would ensure the security of its maritime enterprise of its covert operations. It will rely on its network of suppliers, safe havens for its ships and reliable crew for steering its fleet,' the study says.

'The requirements of security will therefore be carefully chosen by the LTTE so as not to impede its maritime trade, gun running, drug and human smuggling. It will build suitable responses to prevent a slowing down of its flow of finances and materials that serve as its umbilical cord.'

Sakhuja says the loss of Indian logistical support in the wake of the LTTE's 1991 assassination of former premier Rajiv Gandhi was the primary reason for it to augment its ocean bound maritime fleet to transport arms and ammunition from distant markets.

'But the Sea Tigers are transferred on occasion to serve in the commercial fleet. These vessels engage in transporting a variety of general cargo like timber, cement, flour, sugar, salt and steel.

'At the same time, it is important to keep in mind that drug couriers with links to the LTTE have been arrested worldwide, but no LTTE ships transporting narcotics have been intercepted or searched.'

Sakhuja says it is difficult to determine the precise number of ships, trawlers and smaller vessels in the inventory of the LTTE but estimates this could vary from 12 to 15 ships that are 1,000 to 1,500 tons DWT (dead weight tonnage).

Similarly, he says that it would be fair to conclude that the LTTE cadres capable of undertaking open ocean and high sea operations would number at least 125. 'It is also possible that the LTTE may be augmenting its fleet operations by hiring crew from the Philippines and Indonesia that are the largest suppliers of merchant ship crew'. 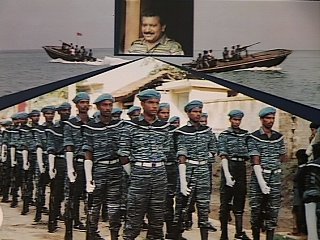 Suspected Tamil Tigers killed at least seven people in a mine blast and a shooting on Monday and the navy said it came under attack from the rebels' sea wing intensifying fears of a return to civil war.

The navy said five armed Sea Tiger boats, including two suicide craft, approached one of its vessels in waters off Trincomalee on the northeastern coast. When the navy tried to investigate, it was attacked.

“They have opened fire and attacked our Dvora,” said navy spokesman D.K.P. Dassanayake, referring to the Israeli-built Dvora fast-attack craft. “We retaliated in self-defence,” he said. Five sailors were wounded. An army spokesman said a Sea Tiger ship was sunk in the exchange.