Two hundred aircraft were shown it is claimed. Also, Ahmadinejad says Iran is the "Iran is the most powerful and independent nation in the world." Which sort of ignores about a dozen other states that could take Iran to school. More here:

President Mahmoud Ahmadinejad on Thursday proclaimed Iran as the "most powerful nation" on earth as the country's air force showed off its prowess at a time of mounting tension with the West.

"Iran is the most powerful and independent nation in the world," Ahmadinejad told a military parade outside Tehran marking the Islamic republic's annual Army Day, reaffirming one of his favoured slogans.

Ahmadinejad said all the branches of the armed forces would react forcefully in response to any attack against Iran's soil and boasted that no one would dare to launch a strike on the country.

"The army, the Revolutionary Guards and the Basij (militia) will resist with force and coordination and respond strongly to the slightest aggression," he said. 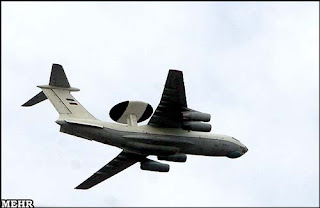 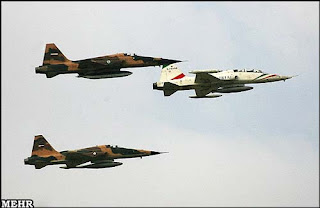 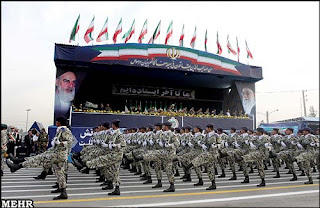 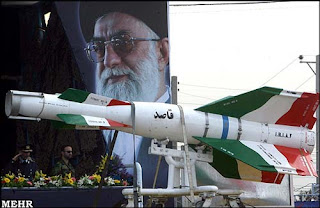 To mark the occasion, dozens of fighter jets and other aircraft flew over the parade ground in a bid to show the power of the air force, which has struggled for years under the effects of US sanctions.

Among them were US-made F4 and F-5 fighter jets whose construction goes back to the 1960s and 1970s when shah Mohammad Reza Pahlavi went on a massive military spending spree.

Also shown were several Saegheh fighter jets which Iran says is a entirely home-produced model but Western experts classify as a derivative of the F-5.
***
Among the weapons on display at the military parade was Iran's longer range Shahab-3 missile, whose range includes Israel and even the fringes of Europe.

The model shown had a "baby bottle" nose for extra-dynamic efficiency and was labelled "Ghadr-1" although it was clearly a Shahab-3.

A lorry carrying other missiles also carried the slogan "Death to Israel" while while "Death to America" had been written on another vehicle.

I do have suggestion for the Iranian forces - they should replace their current identification markings with something like the nearby picture.

By the way, a single US aircraft carrier carries about 85 aircraft. The U.S. Navy has about 3500 aircraft and in total the U.S. military has about 18,000 aircraft.