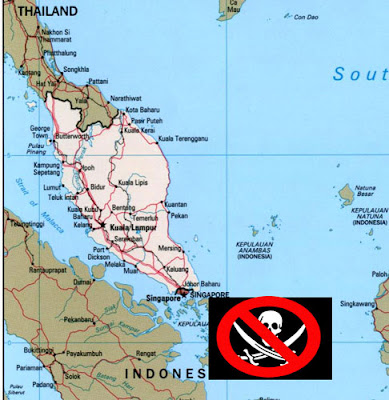 The Straits of Malacca, notorious pirate grounds, set a record last year - they were "pirate-free"

The maritime corridor, which handles 30 percent of all sea transport globally, was prone to attacks in the 1990s but joint action in the last few years has reduced piracy to zero, deputy airforce chief Bashir abu Bakar told state news agency Bernama.

"Maritime and air patrols carried out with Indonesia and Singapore through the 'Eyes in the Sky' programme introduced two years ago have worked in reducing acts of violence and robbery in the straits," he added.

Malaysia, Indonesia and Singapore all border the key waterway and carry out numerous joint patrols in the area.