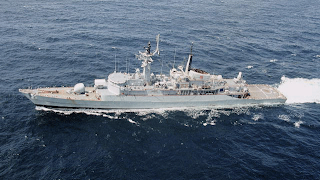 As reported in a very brief article here:

The Pakistan Navy (PN), working as part of the Coalition Maritime Campaign Plan (CMCP) to avert maritime terrorist attacks, prevented an attack on a South Korean ship by a speedboat loaded with rockets on April 1, the PN said in a statement on Friday.

It said the PN ships “Tariq” and “Moawin” prevented the attack on the South Korean ship “Mt Sunshine Sky” earlier this month, as it sailed to Bandar Imam Khomenei, Iran, from Jeddah, Saudi Arabia.