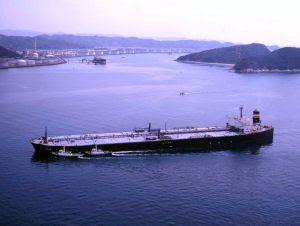 Noel Choong, head of the International Maritime Bureau's (IMB) Piracy Reporting Centre, told AFP that the attack, believed to be by Somali pirates, took place under the cover of darkness at 0230 GMT in the Gulf of Aden.

"Pirates on five speed boats attacked the tanker, the size of a football field. It was a night raid. A missile-like rocket was launched at the ship. Initial reports said the ship suffered some damage," he said.

"I believe the Somali pirates could have used rocket-propelled grenades and machine gun fire on the tanker with the aim to board and possibly hijack her," Choong said.

"But the tanker increased speed and managed to prevent the pirates from boarding and taking control of the oil tanker," he added. 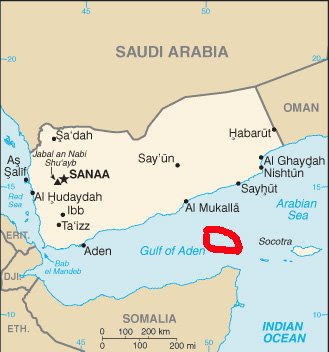 approarched the NYK VLCC Takayama and fired some form of munition. According to a report from Takayama, the unidentified boat sped away at 11:03 and has not been seen since.

Takayama was on a ballast voyage to Yamboo in Saudi Arabia from Ulsan, Korea from which the tanker departed at 2:40 a.m. on April 4.

Yemeni coastguard officials said the tanker was about 145 kilometres off the south-eastern Yemeni port of Mukalla when it came under attack. The pirates had fired a rocket at the ship after they failed to seize it, the officials said.

Nippon Yusen KK said none of the 23 crew - 16 Filipinos and seven Japanese - were hurt in the attack. The ship, which has a capacity to carry around 2 million barrels of oil, was empty at the time of the 04:40 am (0140 GMT) attack, the company said.

The tanker Takayama had sent out a radio distress call, 'Tanker has been shot at and hit by armed boat,' the German armed forces said near Berlin.

The Emden, a German frigate patrolling the Somali coast as part of Operation Enduring Freedom, picked up the distress call and headed straight to the scene, sending a helicopter ahead to reconnoitre.

The pirates had fled in their speedboat by the time the Navy helicopter arrived at the scene, said a spokesman for the operational command at Potsdam, near Berlin, adding that the mere threat of naval force had been sufficient to make them flee.

The spokesman said Monday's operation was covered by the doctrine of offering assistance to a ship in distress, which permitted aid in case of immediate threat to life or when other authorities were not helping.

Western navies have not mounted a campaign against piracy since they do not have a legal mandate to fight the pirates.

I don't think they need a "legal mandate" in international waters... 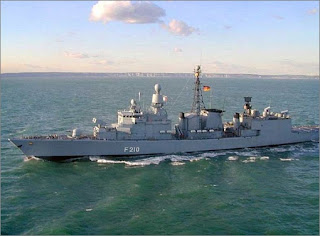 Emden (pretty famous name in German naval history -and in Australian naval history, too, for that matter) is a Bremen class frigate.
Posted by Mark Tempest at 4/21/2008 08:14:00 AM