CDR Salamander pounds away on the LCS, in which some critical comments appear to have hit a raw nerve. I mean, when you set up a program to build "expendable" $90 million dollar ships and end up with $500 million+ designs, there ought to be some raw nerves... 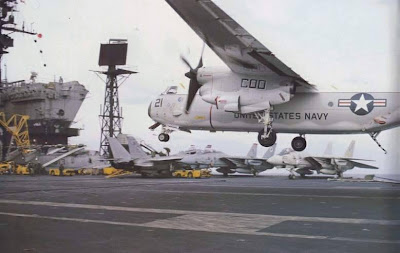 Mr. O'Rourke's father was a Navy chief, he reports. Excerpt:

Some say John McCain's character was formed in a North Vietnamese prison. I say those people should take a gander at what John chose to do--voluntarily. Being a carrier pilot requires aptitude, intelligence, skill, knowledge, discernment, and courage of a kind rarely found anywhere but in a poem of Homer's or a half gallon of Dewar's. I look from John McCain to what the opposition has to offer. There's Ms. Smarty-Pantsuit, the Bosnia-Under-Sniper-Fire poster gal, former prominent Washington hostess, and now the JV senator from the state that brought you Eliot Spitzer and Bear Stearns. And there's the happy-talk boy wonder, the plaster Balthazar in the Cook County political crèche, whose policy pronouncements sound like a walk through Greenwich Village in 1968: "Change, man? Got any spare change? Change?"

Read it all and argue with Mr. O'Rourke if you will. 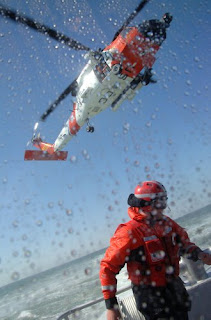 UPDATE: A reminder that not all Coast Guard efforts end well -but not due to the fault of the Coasties - here:

The U.S. Coast Guard says the bodies of 20 migrants have been recovered from the sea near the Bahamas.

A search-and-rescue mission began Sunday after fishermen heard people screaming in the water. Coast Guard spokesman Barry Bena said Monday that three survivors have been found, as well as 20 bodies. Nineteen were Haitian and one a Honduran. Authorities are interviewing the survivors to determine what happened and are continuing the search.