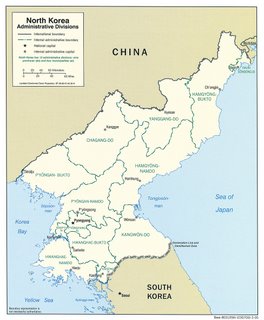 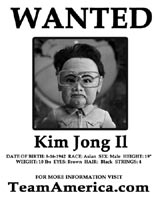 While it may or may not soon test a nuclear weapon, North Korea's huddled masses rely on the outside world to feed them, as reported here:

The UN food agency says North Korea has agreed to accept emergency food aid in the wake of heavy flooding in July.
***
North Korea is secretive about releasing details of accidents or natural disasters, making any confirmation of the extent of the flooding difficult.

But Pyongyang has cancelled a mass gymnastics display, called Arirang, which is a key source of income for the nation, to focus, it says, on recovering from the floods.

North Korea is already reliant on foreign donations to feed its people.

The WFP began working in the country in the mid 1990s, after about two million people died from famine.