USS Shiloh (CG-67) deploys to Japan with some fanfare 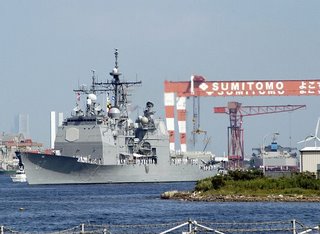 Reported here, a help in dealing with the DPRK:

"She (the Shiloh) complements the state of the art X-band radar just installed in northern Japan and the U.S. Patriot Advanced Capability-3 missiles arriving in Okinawa," said Joseph Donovan, deputy chief of mission at the U.S. Embassy in Tokyo, at the arrival ceremony at the base.

Tokyo and Washington are proceeding with setting up a two-step missile defense system in Japan in which an incoming ballistic missile is first dealt with by firing SM-3 interceptors from Aegis ships at sea and, if that fails, firing PAC-3 missiles from the ground.

The Shiloh deployment follows North Korea's test-firing of seven missiles, including a Taepodong-2, on July 5. 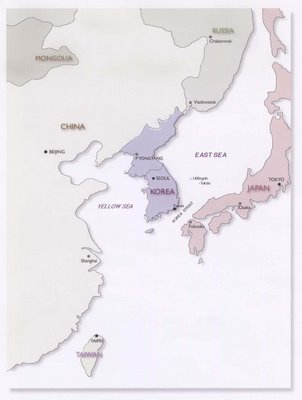 The two-stage version of Taepodong is believed to be capable of reaching Guam, Hawaii, Alaska and the U.S. West Coast; a three-stage missile could target all of North America. 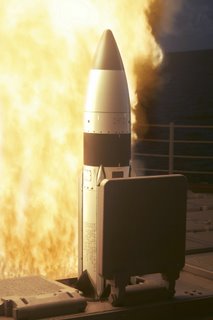