Wait until the Federalist Society hears about this! 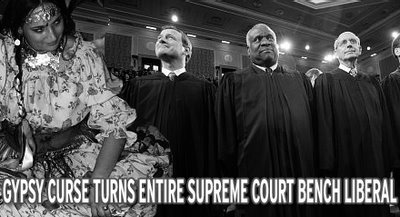 Nightmare in the Supreme Court, according to the Men in Black favorite source
Weekly World News:

"This is obviously a huge blow to the party, not to mention the United States of America," said North Carolina Republican Senator Kurt Krewcut, 56.

Hope the Federalist Society is on the case.