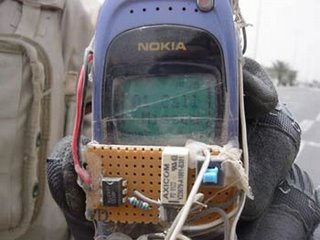 All pre-paid handphone users will be required to register their personal particulars with their service providers under a new cabinet directive.

"The decision was made not just because of recent SMS abuses, but also for national security as we saw the London bombs were triggered off by mobile phones," Energy, Water and Communications Minister Datuk Seri Dr Lim Keng Yaik said Sunday.

Cell phone service was disabled in the four tunnels leading into Manhattan following the Islamic terrorist bombings in London. Now just why would they do that? Because cell phones make excellent remote detonation devices for bombs. As our troops in Iraq have found out too many times, any cell phone can apparently be rigged to blow a bomb as soon as the number is called. Quite convenient.

In my view, the registration of pre-paid cell phones is a logical security step.