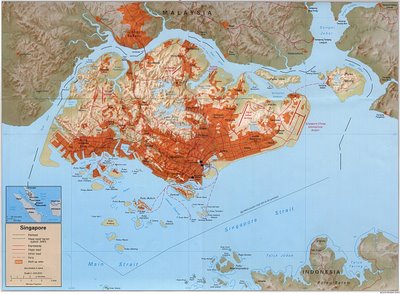 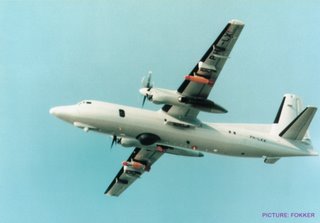 ...[S]ome 1,600 personnel from the city state's Air Force and the Army, as well as the Police Coast Guard (PCG), Maritime Port Authority (MPA), and the Immigration and Checkpoints Authority (ICA), are participating in the exercise, code-named Exercise APEX 06.

Some Singapore Navy's mine countermeasures vessels and Fokker 50 maritime patrol aircraft, as well as boats from the above- mentioned agencies were also involved in the annual drill...

Various scenarios played out in the exercise included the disposal of a sea mine detected in the Singapore Straits by the country's mine-hunting assets, as well as a ferry mishap which required co-ordinated responses by different agencies to handle various consequence management issues, such as evacuation and medical aid for casualties, according the Defense Ministry.

On the Singapore mine hunting ships:

These Swedish-designed Landsort class MCMVs belong to the 194 Squadron. They are equipped with remotely operated Mine Disposal Vessels MDVs which are capable of detecting, locating, identifying and destroying modern sea mines. Their weapons onboard include the 40 mm BOFORS Gun and the CIS 0.5" Machine Gun.(source)

UPDATE: Maybe there's a reason for some practice. See here:

Singapore will deploy at least 10,000 personnel to prevent terrorist attacks and illegal protests at next month's International Monetary Fund and World Bank meetings in the city's biggest-ever security operation.

National servicemen have been called up, the coastguard will increase searches of ships and helicopters will report on illegal assemblies, Senior Assistant Commissioner of Police Aubeck Kam told reporters today. Certain ``troublemakers'' known to international authorities may be barred from entering Singapore altogether, he said.