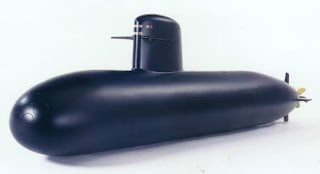 Launched in France, as reported here:

Malaysia’s first Scorpene submarine was launched Tuesday signifying yet another leap in the nation’s pursuit of new technology.

KD Tunku Abdul Rahman, named after the country’s first Prime Minister, was unveiled in a historic ceremony at the DCNS dockyard here, about 400km from Paris.
***
As a maritime nation and given its geographical setting, it is inevitable that Malaysia’s national interests and security concerns are closely related and associated with the seas, he said.

He said commercially, more than 90% of the country’s domestic and international trades were dependent on sea transportation.

On the seabed lies underwater pipelines that transport Malaysia’s oil and gas ashore as well as cables that link major international communication networks.

“It is thus crucial for Malaysia to have a small but credible and effective naval force to not only safeguard its sovereignty and maritime interests but also contribute to the region’s maritime security and safety,” he added.

Video fun with the Scorpene class: