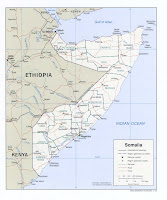 The decision, which the maritime industry has welcomed, comes on the heels on a damning report on the state of security of the region’s port, with Mombasa topping the list of “soft targets.”

French President Nicholas Sarkozy made the announcement during the United Nations Security Council meeting on Africa that had been called for by France.

Kenyan shippers have borne the brunt of piracy on the seas off the Somali coast.

Kenya Maritime Authority (KMA) Director General Nancy Karigithu said the decision by France will ensure the safety of both vessels and personnel on board, besides saving many lives in war-torn Somalia.

Somalia, which has been without a central government since the late dictator Mohammed Siad Barre was ousted by warlords who later turned against one another, depends solely on relief supplies to feed its population.
***
Motaku Shipping Company managing director Karim Kudrati said last week that he is now ready to allow his four vessels to ply the Mombasa-Somalia route.

He has had the worst luck with the pirates, as all his four vessels have been hijacked at one time or another by pirates since 2005. His vessels, chartered by the WFP, are mv Semlow, mv Miltzow, mv Torgelow and mv Rozen.

“I know what it means to have security on the high seas to guard against piracy, because I have suffered in their hands,” he said.

However, the regional co-ordinator of the Seafarers Assistance Programme (SAP), Andrew Mwangura, who has been in frontline of the fight against piracy, said it was too early to celebrate.

The warship will only escort the vessel up to a certain point, because foreign vessels are not allowed to go past a certain area unless authorised under territorial laws,” he said.

This law bars vessels from getting near 200 nautical miles of a territory.

He said previous experiences with the American led coalition forces have not been encouraging.