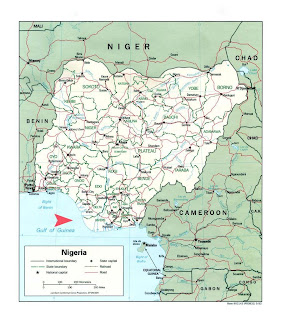 When there is only one mode of travel in a developing country and that mode involves travel on waterways, pirates are a major issue, as reported from Nigeria here:

The case of Bonny is most worrisome in recent times, as frequent attacks by pirates along the Bonny route takes its toll on human lives and property. Indeed, travelling along the route has become a nightmare. No day passes without such pirate attacks on commuters. During a recent attack, for instance, the pirates ordered passengers in five boats to disembark on the dangerous swamp, while the boats and property of the passengers were carted away.

Most worrisome is that on occasions, the pirates even engaged security agents in shoot-outs thereby heightening the state of insecurity on the Port Harcourt - Bonny route. It thus, becomes apparent that efforts by the state government to cater for the transport needs of the riverine communities are yet to yield the desired impact.

In fact, the problem has peaked to the point commercial activities are being threatened as private and corporate citizens now find it absolutely dangerous and foolhardy to travel to Bonny by river.

We think the increasing rate of criminality on sea routes in the state may not be unconnected with the dislodging of hoodlums and militants from Port Harcourt to the creeks, following the activities of the Joint Task Force (JTF).

It has therefore become necessary for government to consider the plight of riverine communities by providing security and complementary fleet of boats to convey citizens safely to and from Bonny and other riverine communities. This, we believe, could be achieved if the RMTS is empowered with appropriate quality and quantity of boats as being planned by government.

Besides, time has come to properly equip the marine police to carry out its statutory function of patrolling the creeks to ensure safety of citizens and also provide needed intelligence for other security operatives to rid the creeks of unwanted elements.

The alternative is to build roads, but then you might also develop highwaymen...

UPDATE: A reminder that the U.S. had its own trouble with river pirates. More on Cave in the Rock. An 1872 report of Mississippi pirate activity from the NY Times here (full version available in pdf):

Whithin a few months past, several stores and warehouses along the Mississippi, River, between this point and Dubuque, Iowa, have been robbed of large amounts of goods, and within a few days it has been ascertained that an organized gang of pirates exists in this vicinity, whose operations extend on and along the river for several hundred miles above and below