A couple of Sundays ago, the 1942 escape of the Captain and a portion of the crew of the U.S. Navy minesweeper Quail in an open boat across enemy infested water from the surrendered U.S. stronghold of Corregidor was discussed.

As noted then, in the early days of the war, the remnants of the U.S. Asiatic Fleet were part of the defense resisting the Japanese in the Philippines. In addition to old minesweepers and gunboats, in Manila Bay there also was a group of essentially new Motor Torpedo Boats in Squadron 3, commanded by a LT John D. "Buck" Bulkeley.

Mr. Bulkeley was, to put it mildly, not an ordinary Navy Lieutenant, even before his taking command of MTB Squadron 3:

Unable to gain an appointment to Annapolis from his home state of New Jersey, he was led by his determination to Washington, and, after knocking on a lot of doors, he gained an appointment from the state of Texas. As America dealt with the Great Depression, his dream of going to sea, however, received a set back. Only half of the 1933 Academy class that graduated received a commission. John Bulkeley, noted early on for his intense interest in engineering, went on and joined the Army Flying Corps. Like the crazy flying machines of the day, he landed hard more than once and, after a year, left flying for the deck of a cruiser, the INDIANAPOLIS, as a commissioned officer in the United States Navy.

Ensign John D. Bulkeley charted an interesting course in his early years and was recognized early on by the Navy's leadership. As a new ensign in the mid-thirties, he took the initiative to remove the Japanese ambassador's brief case from a stateroom aboard a Washington-bound steamer, delivering same to Naval Intelligence a short swim later. This bold feat, of which there were to be many more in his life, didn't earn him any medals, but it did get him a swift one way ticket out of the country and a new assignment as Chief Engineer of a coal burning gunboat, the SACRAMENTO, also known in those parts as "The Galloping Ghost of the China Coast." Picture in your minds the movie "Sand Pebbles". There he was to meet a young, attractive English girl at a dinner party aboard HMS DIANA. Alice Wood and the handsome swashbuckling John Bulkeley would, in the short period of courtship, live an incredible story together. In China they would witness the invasion of Swatow and Shanghai by Japanese troops and the bombing of Panay. They were strafed by warring planes and watched from a hotel soldiers at war in the street below. John Bulkeley, with an uncanny propensity to stir things up, often took the opportunity to bait the occupying Japanese soldiers, dashing with his bride to be into no-mans land, chased by Japanese soldiers, and, every once in awhile, shooting them with an air pistol on their backsides "just for fun". He fit the mold of Indiana Jones, hat, coat, and all, and not necessarily a commissioned officer in fore and aft cap of the day. 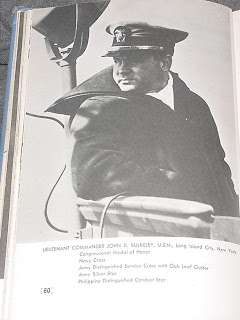 As set out in Devil Boats, Bulkeley and his boats faced some unique challenges. Ordered to remove his boats from Cavite Navy Yard to Mariveles Harbor on the tip of the Bataan Peninsula, Bulkeley complied but:

As the motor torpedo boats set off for their Bataan destination, both Lieutenants Bulkeley and Kelly were aware that they were being sent to war, but would have to operate on a trial-and-error basis. They and their men were true pioneers. PT boats were so new to the United States Navy that no operational doctrine for their combat deployment had yet been established.

Abandoned by the submarine tender that they looked to for material, food and munitions, the PT boats had to look after themselves. Taking to the sea or into Manila Bay, the little wooden boats took on Japanese aircraft, rescued survivors of attacked ships and attacked enemy ships, including forays into Subic Bay, trying to fend off the movement of more Japanese soldiers and Marines against the "Battling Bastards of Bataan."

This activity went on for months, with gasoline and ammunition supplies dwindling with each passing day and each excursion against the enemy. Plans were made for a run to China to continue the fight from there when the time came. 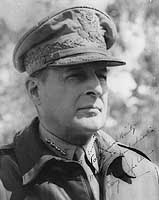 Finally, President Roosevelt ordered General MacArthur to leave Corregidor, and MacArthur followed his orders. The initial plan was to take him off Corregidor by submarine. Somehow, however, it was decided to use four PT boats belonging to MTB Squadron 3 and Lt. Bulkeley. After the action they had seen and the lack of good fuel, the boats were not in the best condition. As set out in Devil Boats:

Four decrepit motor torpedo boats, all barely gasping after numerous transfusions of cannibalized parts, would carry General MacArthur and his party on the first six-hundred-mile leg of the long trek to Australia. Operating in total darkness, largely through uncharted waters, the PTs would have to infiltrate the Japanese naval blockade ad slip undetected past enemy-held islands in order to reach Mindanao, the southernmost large island of the Philippines. There, heavy bombers sent from Australia were to pick up the refugees from Corregidor 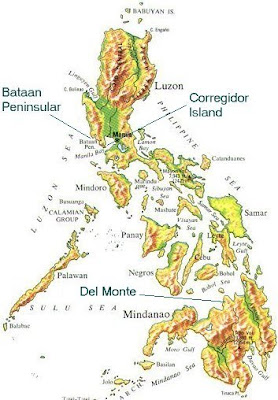 On March 11, 1942, MacArthur's party was divided among the four boats and the boats set out. There were a few wrinkles. Devil Boats notes some navigational deficiencies:

None of the PTs were (sic) equipped with a pelorus...so a course would be followed using ancient methods: a simple compass and dead reckoning.

Admiral Rockwell, riding in one of the boats that was developing engine trouble, was told the reasons for the difficulty and suggested to LT Kelly that he take a bearing to tell how far they were from shore:

Kelly said he couldn't. Why not? Because he had no pelorus. Does Bulkeley have one? No. Then how did the PT flotilla intend to navigate?"By guess and by God," Kelly replied nonchalantly. This time Rockwell thundered: My God!

After the boats finally arrived at Cuyo Island, a previously established rendezvous spot, a pressing question developed. Should the journey continue on the PT boats in order to be on time for the meet up with the aircraft flying up from Australia or should the party wait for the scheduled arrival of the submarine Permit* giving MacArthur another option to leave? The PT boats were chosen.

The escape plan was behind schedule. They were originally meant to move on from Cuyo Island in the dark. MacArthur ordered Bulkeley to depart Cuyo Island at 2:30 p.m.. They risked a possible daylight encounter with the Japanese Navy.

The PT boats were in the open sea by 3:30pm. Within 15 minutes they spotted the Japanese heavy cruiser Ashigara. It carried eight-inch guns and Long Lance torpedoes and could travel at 35 knots. By then, PT 41 was only capable of 18 knots.

They took evasive action and were never seen by the Japanese. As they approached Negros Island that evening, Japanese artillerymen hear the PT boats engine noises, and thought they could hear American aircraft. They fire their artillery and light up the sky with flak tracer shells. The PT boats have another lucky escape.
***
At 6:30 am on 13 March 1942, PT 34 sights Cagayan Point on Mindanao Island. They had spent 35 hours travelling through 560 miles of Japanese waters. John D. Bulkeley, who had commanded his boat continuously for those 35 hours, arrived at Del Monte precisely on time.

MacArthur's escape from Corregidor was complete, thanks to a handful of PT boat sailors.

Rank and organization: Lieutenant Commander, Commander of Motor Torpedo Boat Squadron 3, U.S. Navy. Place and date: Philippine waters, 7 December 1941 to 10 April 1942. Entered service at: Texas. Born: 19 August 1911, New York, N.Y. Other awards: Navy Cross, Distinguished Service Cross, Silver Star, Legion of Merit. Citation: For extraordinary heroism, distinguished service, and conspicuous gallantry above and beyond the call of duty as commander of Motor Torpedo Boat Squadron 3, in Philippine waters during the period 7 December 1941 to 10 April 1942. The remarkable achievement of Lt. Comdr. Bulkeley's command in damaging or destroying a notable number of Japanese enemy planes, surface combatant and merchant ships, and in dispersing landing parties and land-based enemy forces during the 4 months and 8 days of operation without benefit of repairs, overhaul, or maintenance facilities for his squadron, is believed to be without precedent in this type of warfare. His dynamic forcefulness and daring in offensive action, his brilliantly planned and skillfully executed attacks, supplemented by a unique resourcefulness and ingenuity, characterize him as an outstanding leader of men and a gallant and intrepid seaman. These qualities coupled with a complete disregard for his own personal safety reflect great credit upon him and the Naval Service .

Info on the 77' ELCO PT boats here at the excellent PT Boats, Inc. site. UPDATE: I would be remiss indeed not to mention the movie based on the PT boats in the Philippines, They Were Expendable, starring John Wayne and Robert Montgomery, CDR USNR, who served in PT boats.

*As a historical side note, 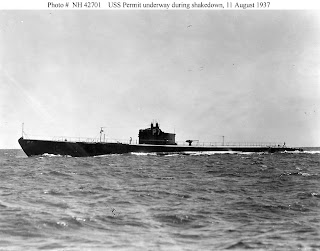 Permit did show on time, but had to make history another way:

With the loss of the Netherlands East Indies, the US high command ordered Gen. MacArthur out of the Philippines, and the original plan to retrieve him assigned the mission to USS Permit (SS-178), commanded by L/Cmdr. "Moon" Chappie. Permit had left Surabaja on 22 February, one of the last boats to sortie from the doomed port, and she was patrolling the Java Sea, awaiting the Japanese invasion, when she was vectored north to Corregidor. At the last moment, however, the evacuation of MacArthur's party was entrusted to four PT boats1, which left "the Rock" on 11 March. Chappie was ordered to rendezvous with the PT flotilla at Panay on the 13th, but found on arrival there that the General had already moved on to Mindinao, from whence he made his final escape to Australia by air. Nonetheless, Chappie brought Permit into Corregidor on the 15th, off-loaded all the spare ammunition he had on board, and embarked 47 passengers, including 36 cryptographers and linguists and seven survivors from one of the "MacArthur" PT boats, which had broken down at Panay. Including her own crew, Permit had 111 people on board the night after leaving Corregidor, when she was overtaken by a column of three Japanese destroyers that Chappie lost no time in attacking unsuccessfully - with two torpedoes. To escape the resulting depth-charge attacks, Permit was forced to stay down for 22 hours putting a severe strain on the boat's oxygen supply - but on 7 April, Chappie brought the boat and his grateful passengers safely into Fremantle, where he was then roundly criticized for agreeing to take so many personnel onboard!