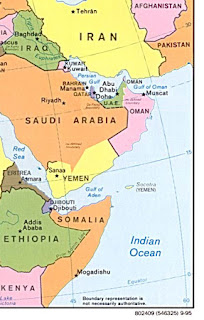 THE International Transport Workers' Federation has raised concerns about two vessels owned in the UAE that appear to have gone missing.

The Reef Azaria, registered in St Vincent and Grenadines and operated by the United Arab Emirates-based Zambezi Shipping Agency, left Dubai on 18 June for the Seychelles. It is believed that the agent last made contact with the vessel on 24 July, when it was located off the coast of Somalia. On board the vessel are eight Tanzanians, two Burmese, two Indians, and two Pakistanis.
***
Reports of a second missing vessel, the Panamanian-flagged Infinity Marine 1, owned by Infinity Marine Services in Dubai, have also been filed by Pakistan Merchant Navy Association. Twenty-three seafarers are believed to be on board.

General Secretary of the union, Sheikh Mohammad Iqbal claimed: “The owners of these flag of convenience vessels are reluctant to pass on any information. They appear to be more concerned about cashing in their insurance claims than helping the families of the seafarers to find out what has happened.”

I am receiving email from relatives of the crew of Marine Infinity 1 looking for any help they can get...