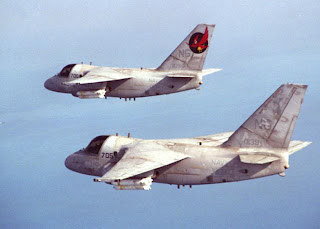 Premature retirement for the S-3 Vikings? Some think so, as reported at Stars and Stripes: S-3B Vikings near extinction:

But both pilots and maintenance personnel who work with the jet daily have questioned the retirement. They point to studies showing the Vikings are in good shape and can still do the job.

“It’s unfortunate because the airplane has 15 years of life left in it,” said Cmdr. Doug Walker, commander of Sea Control Squadron 32.

That’s not the only reason why squadron members are perplexed by the retirement. The S-3B is going away at a time when the Navy arguably needs it the most.

Earlier this month, the Navy released a new strategy for the future that includes maritime security as one of its chief priorities. Ironically, that is the aircraft’s specialty.