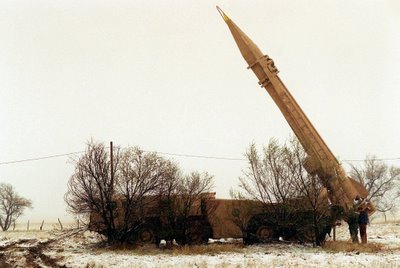 Bad things could happen from the sea, and though this article reads like a sales pitch for an expensive new system from Lockheed (especially the part about "The PCL system ...could be operational from Washington to Boston within two years of government funding ..."), there is also much good stuff in it:

A report by the Center for Strategic and Budgetary Assessments (CSBA) stated, "While the Defense Department has numerous programs to address threats to forward-deployed ground and naval forces, it has devoted much less attention to cruise missile threats to the homeland." 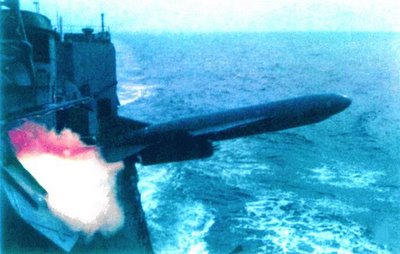 The report went on to mention, "Even the relatively large Seersucker can be hidden and launched from a standard 12-meter shipping container," referring to a Soviet-designed anti-ship cruise missile. "The balance between cruise missiles and defenses currently favor the offense."

During congressional testimony early this year, Air Force Lt. Gen. Henry Obering, director of the Missile Defense Agency (MDA), said he was "concerned about" the potential for a ship-launched missile attack on the country and that MDA has "more than one program taking a look at that. There is a difference of opinion in terms of whether that constitutes a real threat, but that's something I'm personally concerned about. So we're working on it."

MDA demonstrated the capability to provide a target for the Israeli-U. S. Arrow antimissile program in a test last year, Obering told reporters recently. "We launched a SCUD off an ocean-going platform... It was very easy to do."

Previous posts of this sort of cruise missile threat to the US here and here.

Info on "Seersucker" missile here. Top photo is of a SCUD missile on a mobile launcher.