LNG in LA - a semi-posiitve report 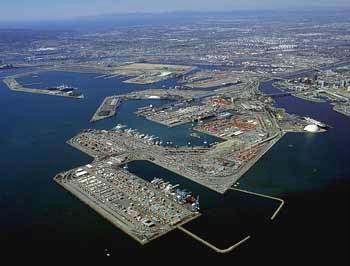 A proposal for an LNG terminal in the Port of Long Beach here will be controversial, but asserts:

A proposed liquefied natural gas terminal at the Port of Long Beach would not pose a safety threat to the port and nearby neighborhoods, according to a draft environmental impact report released Thursday.

The report, the first safety study conducted specifically about the facility, concluded the tanks and pipelines storing the gas could withstand a powerful earthquake, and even if they were breached by a temblor, accident or terrorist attack, the resulting explosion or fire would not harm surrounding communities.

“None of the events…have the potential to produce radiant impacts that could affect the public outside of the industrial area” of the project, stated the report, which was conducted by staff at the Federal Energy Regulatory Commission and the Port of Long Beach.