War at sea: the Naval Battle of Guadalcanal 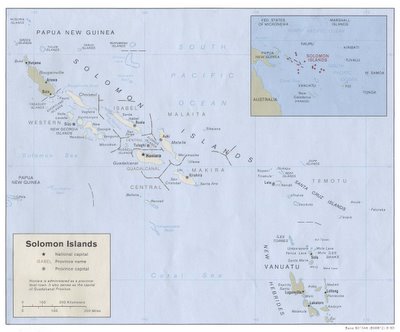 An excellent and timely post by CDR Salamander on war at sea honoring the 63rd anniversary of the naval battle off Guadalcanal at Four bells and all's hell.

The "fog of war" comes to the fore in the narrative he links to.*

Having navigated the "Slot" (that stretch of water surrounded by the Solomon Islands) in a destroyer (we paid homage to our lost shipmates during the trip), I am familiar with the waters and still wonder at the courage of the men involved on both sides in the fights that took place there. Running some of the straits at night took some serious navigation skills. 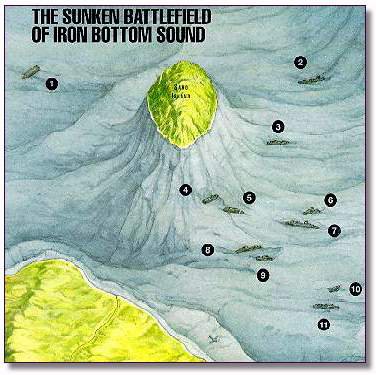 Under a moonless but starry nght, the Japanese and American forces entered Ironbottom Sound from opposite directions. Callaghan, belatedly warned by radar that the was ona collision course with the enemy, turned too late, and the Japanese and American ships intermingled. There followed a half-hour melee, which for confusion and fury is scarcely paralleled in naval history. Both formations broke, and the engagement became a series of individual ship duels with each side from time to time firing on its own vessels. The American ships were saved from annihilation only by the fact that the Japanese 14-inch guns were provided with bombardment rather than armor-piercing shells."