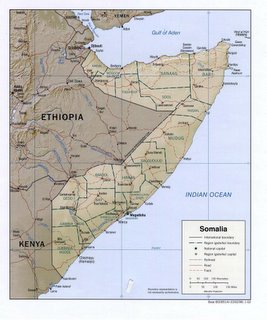 The International Maritime Bureau has confirmed the presence of a "mother ship" being used by the pirates off Somalia in this report:

At the center of the wave of recent attacks is a mysterious, so-called mother ship that has been spotted three times since late July drifting off the northeast coast of Somalia.

"We understand that this is the vessel that is launching the speedboats that go to attack the victims," Mwangura said.

"We are still trying to discover the name of this ship, its owner, its nationality and the identity of the crew on board."

The IMB, which said the situation was completely out of control, confirmed a mother ship had been involved in the attacks, which were taking place way out to sea.

The piracy watchdog has warned merchant ships to stay at least 200 nautical miles away from the Somali coast, but says its warnings have gone unheeded.