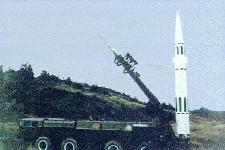 Interesting analysis of the Chinese missile threat to Taiwanhere.

Simply put, the combined warhead capacity of 467 CSS-6 and CSS-7 SRBMs (1,100 pounds each) is the equivalent of only 9.5 Vietnam era B-52 sorties (54,000 pounds each). Even if all 700 SRBMs were used and all reached their targets, it would only equal 14 sorties. To look at it another way, the 700 SRBMs would only total 385 tons of high explosives, compared with the hundreds of thousands of tons dropped on Vietnam, for example.