What's in a name? A part of a puzzle over which carrier to homeport in Japan 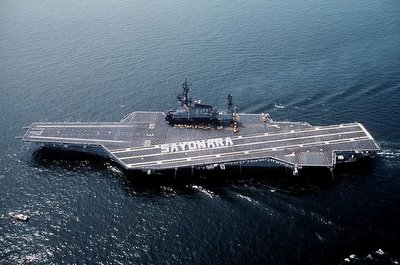 Think all nuclear powered aircraft carriers are pretty much the same? Well, even if they were, the homeporting of one in Japan raises some different issues as reported here:

Among the carriers that should not be under consideration is the USS Harry S. Truman, named for the president who ordered the atomic bombings of Hiroshima and Nagasaki in 1945 to get Japan to surrender and end World War II.

Similarly, the USS Nimitz is named for the U.S. naval commander, Adm. Chester Nimitz, in that war against Japan.

Posting the USS Dwight D. Eisenhower to Japan would recall the cancellation of President Eisenhower's visit to Tokyo in 1960 in the face of violent protests against the U.S. Japan Security Treaty. The USS Enterprise, the first nuclear-powered carrier to visit Japan, stirred up similar protests in Sasebo, a port in southwestern Japan, in 1968.

Do we need generic carrier names? Like USS Flattop or USS Big Ship? What do we do with ships like the Iwo Jima, the Tarawa, Saipan and the Peleliu?