During Ivan, the scientists lucked out as their moorings off the coast of Louisiana managed to survive a direct hit. This allowed them to record what goes on in the eye of a major hurricane for the first time.

One wave measured in at an astonishing 91 feet tall, the largest ever recorded, and big enough to snap a ship in two. Scientists say that some unmeasured waves near the eye wall likely exceeded 130 feet. What's more, experts now believe that such waves are fairly common within hurricanes, and are not a rogue phenomenon as was once thought. These natural monstrosities may account for ships that have mysteriously disappeared at sea.

Update: Here's photo ( or perhaps a "Photo-shop") that purports to be the cruise ship "Carnival Triumph" plowing into what appears to be a large wave (allegedly during Hurricane Isbel) from this site: 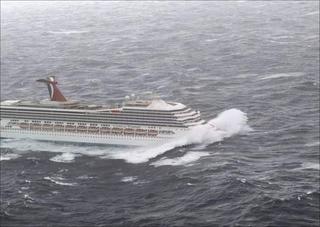 No detail on how the picture was taken or by whom. (Update: This site reports the photo was taken from a Coast Guard helo on September 17, 2003) However, the caption does report the ship as being, "180 feet high above the water and 893 feet in length." I note the same photo appears on US Naval Academy professor's website here as an example for his "Ship Structures" engineering course, along with these other heavy weather photos: 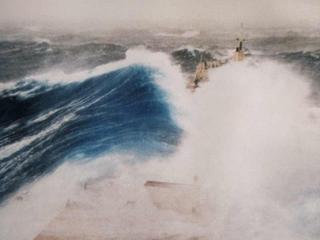 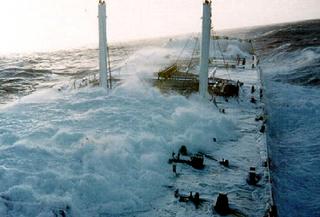 Update: More on dangerous ocean phenomena here including these two artistic renderings of bad days on the water: 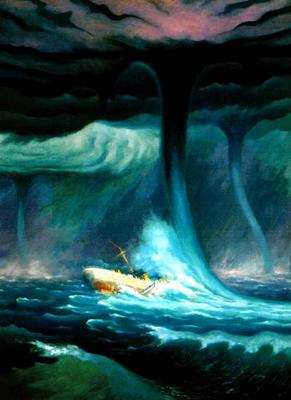 Ah, the joys of the sea-going life.

Update: Due to popular demand (my young son asked me) waves and aircraft carriers: 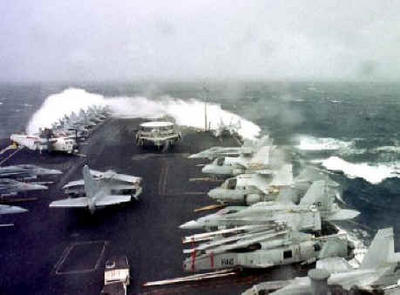 (the above photo from here) 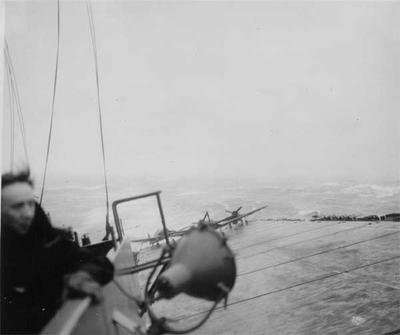 Update: And what appears to be a Gearing class destroyer finds a wave 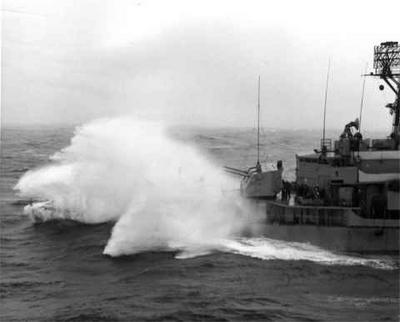