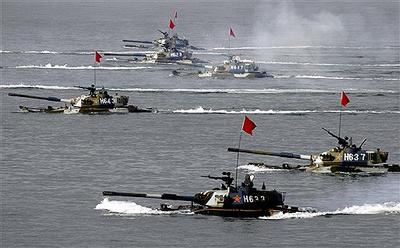 Chinese amphibious tanks -Reuters photo
The Shangahi Organization of Cooperation(SOC) is, i guess, China and Russia and, as reported here, they've been having a dandy time playing war in the South China Sea and the

The "legend" of the maneuvers describes 10,000 strong Chinese and Russian troops would engage against some terrorists, separatists and
extremists of an "imaginary" state. Under the scenario, the UN gave approval to Russia and China to destroy the terrorists and gave these two countries a special mandate for a peace keeping operation.

Separatists? Extremists? Under Chinese control? Can't they say "Taiwan" -- or as "Nation of Orange" like we do in the US?

In any event, an interesting read from the Russian viewpoint, especially as to which arms are for sale (and which are not):

Even before the maneuvers "Peace Mission 2005" Sergey Ivanov announced that Russia in these war games will put the most emphasis on demonstrating the capability of its weapon systems. The goal is evident - to galvanize the arm sales to Beijing. The source in the Russian Joints Chiefs of Staff said that Moscow is not offering to sell China Tu-95MS or Tu-22M3, but it would like China to buy modernized frontline bombers Su-24 and fighters Su-27SKM, A-50, military-transports Il-76, flying fuel tankers Il-78, helicopters Ka and Mi, as well as naval vessels. Moscow needs stable orders for its defense industry. As of now Beijing is pretty selective with its purchases. For instance, when the designers of the corporation Tactical Missile Arms" redesigned the "air-to-air" missile R-77 for "surface-to-air" anti-aircraft complex of short range, the Chinese military had the immediate interest to the new system. China already buys R-77 for its aircraft and the dual use of the missile presents definite interest. Also, Beijing liked the new mobile complex "Ball" with the range of 120 km, which was designed for defense of the sea shore zones. The complex uses the missiles X-35 that was employed earlier only in the warships. Beijing also buys on a regular basis X-35. 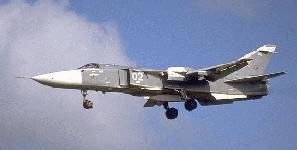 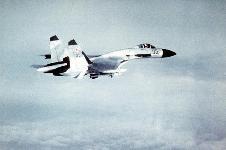 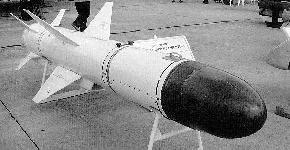 Finally, the Chinese showed a lot of interests to Russian systems that allow dropping armored vehicles with parachutes. The Chinese army does not have this type of systems. During the maneuvers Russian paratroopers impressed Chinese counterparts by dropping in the same time several airborne troop's armored vehicles BMD-2 from the Il-76 MD.