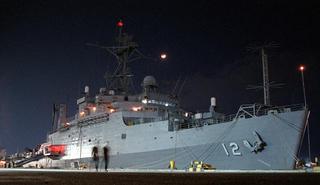 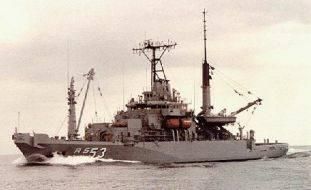 USS Grapple
Five US Navy ships are enroute to the battered Gulf Coast as reported here:

The trip from Norfolk to the Gulf of Mexico takes two to three days. Sekerak said the ships will stay in the area “as long as it takes.’’ 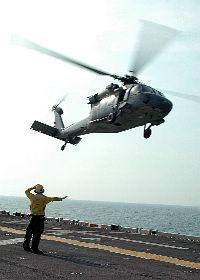 An MH-60S Seahawk helicopter, assigned to Helicopter Sea Combat Squadron Two Eight (HSC-28), takes off from the flight deck of the amphibious assault ship USS Bataan (LHD 5) to assist in search and rescue (SAR) missions in the New Orleans area as part of Hurricane Katrina relief efforts. Bataan is currently operating in the Gulf of Mexico approximately 100 miles South of New Orleans. The ship’s involvement in the humanitarian assistance operations is an effort led by the Department of Defense in conjunction with the Federal Emergency Management Agency. U.S. Navy photo by Journalist Seaman Joanne De Vera

Additional Navy units to be working the problem: