Fire at sea: The Forrestal fire 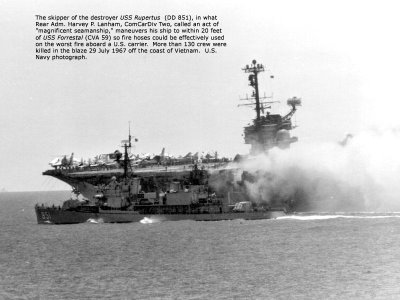 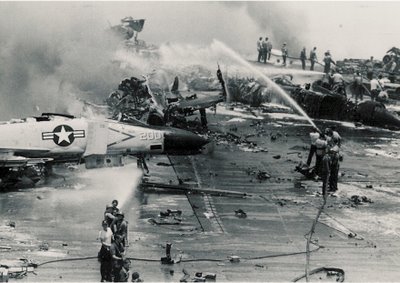 Looking for heroes? Read this about the USS Forrestal fire and her crew's response during the Vietnam War in 1967:

This is the story of the brave men of USS Forrestal.

It is not a story about just a few individuals. Or ten. Or twenty. Or fifty. It is the story of hundreds of officers and enlisted men who were molded by disaster into a single cohesive force determined to accomplish one mission: Save their ship and their shipmates.

***
Capt. Beling also commented on his crew: "I am most proud of the way the crew reacted. The thing that is foremost in my mind is the concrete demonstration that I have seen of the worth of American youth. I saw many examples of heroism. I saw, and subsequently heard of, not one single example of cowardice."