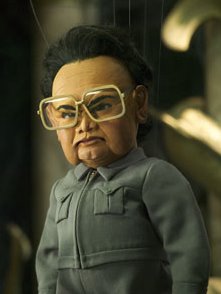 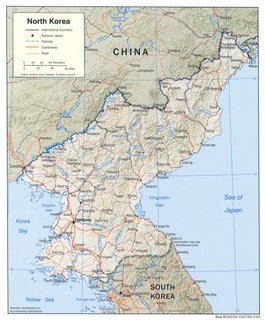 The DPRK, also known as the land of the Looney Leader, says it can strike the US first, it is reported here:

North Korea suggested Tuesday it had the ability to launch a pre-emptive attack on the United States, according to the North's official news agency.

"As we declared, our strong revolutionary might put in place all measures to counter possible U.S. pre-emptive strike," the spokesman said, according to the Korean Central News Agency. "Pre-emptive strike is not the monopoly of the United States."
***
The spokesman also said it would be a "wise" step for the United States to cooperate on nuclear issues with North Korea in the same way it does with India.

North Korea just wants some attention. I have couple of ideas in mind for their "Maximum Leader" -- 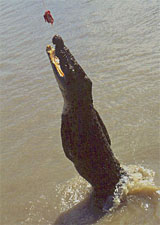 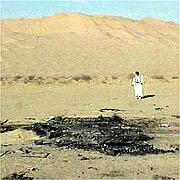 North Korea is upgrading its mobile missiles, making it easier to launch a surprise attack on neighbours, but it does not have a missile that could hit the continental United States, a report said on Wednesday.

North Korea has more than 800 ballistic missiles, some of which could deliver chemical or possibly biological weapons, the California-based Centre for Nonproliferation Studies (CNS) said in its report on North Korea's capabilities.

The report said missile exports are a major source of foreign currency for the North Korean government.

"North Korea's earliest and most loyal customer for missiles and missile technology has been Iran," said CNS, a major U.S. non-governmental organisation devoted to non-proliferation.

Concern over North Korea's missile programmes has resurfaced since it launched two, and possibly three, short-range missiles earlier this month.

The commander of U.S. forces in South Korea described the missiles in the test as representing a "quantum leap forward" from North Korea's previous weapons because they had greater reliability and precision.

The missiles were boosted by solid fuel rather than liquid fuel, making it easier to transport and deploy them, as well as increasing their accuracy, General B.B. Bell told the U.S. House Armed Services Committee.