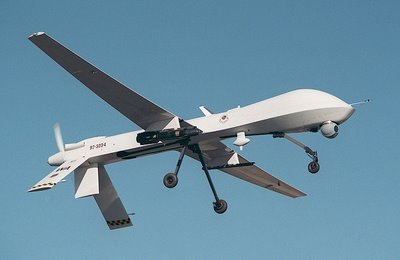 An MQ-1B Predator unmanned aerial vehicle engaged three anti-Iraqi forces in the process of placing an improvised explosive device along a road near Balad Air Base yesterday evening. The Predator launched an AGM-114 Hellfire missile against the group.

The Predator monitored the three individuals for about half an hour while they used a pick ax to dig a hole in the road, placed an explosive round in the hole and strung wires from the hole to a ditch on the side of the road. When it was clear the individuals were placing an IED, the Predator launched the 100-pound Hellfire missile, resulting in the deaths of all three insurgents. 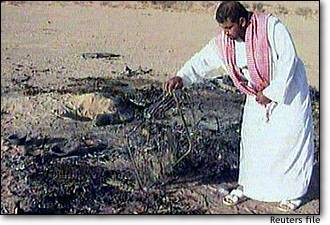