The war with Iran and the new "Oil War" 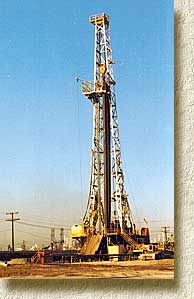 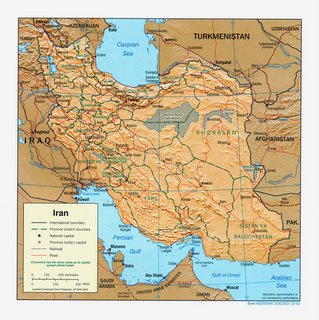 In case you hadn't noticed, it's already here! See here:

Iran is already in a war against the United States, an unconventional conflict that is largely overlooked or unacknowledged amid the growing friction over Tehran’s efforts to obtain nuclear weapons.

And, not too surprisingly, it ties into the al Qaeda plan for an "oil war." Read this:

In the manifesto, which was recently posted on an Islamist website, Enezi said disrupting oil supplies was the best way to hurt the US economy and destabilise the Saudi royal family.

The document said Saudi state-owned refineries and oil pipelines and Iraqi facilities were “all in the hands of infidels”.

“It is permissible to target oil interests held by infidels ... including American and Western oil tankers,” Enezi said.

Iran threatens to close the Strait of Hormuz if it doesn't get its way in international relations (today's issue is the nuclear one, tomorrow's issue will be- whatever it wants). Nigeria's oil area is under terroristic attack that may be related to al Qaeda. Attacks (however weak) on Saudi oil facilities begin. A French oil tanker is attacked in what may have been a "proof of concept" attack. Venezuela, headed by a full bore whack job, threatens oil production cuts and urges OPEC to do the same.

Of course, our Congress is too busy protecting our "security" at the ports to really look after our security by offering up serious incentives for alternaitve fuels, opening ANWR, encouraging oil shale development, and demanding the Navy quit lusting after multi-billion dollar useless ships and get serious about a lean, substantial and very mean littoral force to help check Iran in the Arabian Gulf.
Posted by Mark Tempest at 3/10/2006 10:02:00 AM