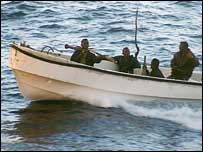 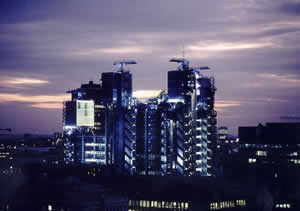 As the oldest marine insurer in the world, Lloyd's has long been aware of the menace pirates pose to shipping. These days, however, they aren't the "Yo, ho, ho and a bottle of rum" kind of pirates, but a modern version, who are frequently more like terrorists.

To combat the menace Lloyd's announced on its Website (www.lloyds.com) that a new "set of clauses have been made available for use on marine hull and hull war policies held by shipowners to cover piracy risks. Use of these new clauses will clarify the situation for policyholders and insurers as piracy and terrorism will be covered by the same policy."

The announcement said the "changes have been made to reflect the difficulty in distinguishing between pirate and terrorist attacks as pirate attacks have become more violent and sophisticated. This has led to an increased risk of disputes over who should pay up when a ship is attacked in the event that the motive for the attack is unclear.

"The clauses, drawn up by the London Market's Joint Hull and Joint War Committees allow for the removal of piracy and some other similar coverage from the hull policy, and their reallocation under the war policy.

Somalia, Tanzania and Vietnam were all cited as countries where there have been large increases in the numbers and severity of attacks, and areas where the IMB would like to see regional law enforcement agencies increase their efforts to combat the problem.

And LLoyd's report on "Violent piracy hits new waters" here. In any event, ship operators will need to pay more, freight rates will increase and, in some areas, shipping service may be curtailed or diminished.
Posted by Mark Tempest at 3/22/2006 10:26:00 AM