Sierra Leone gets some Chinese help 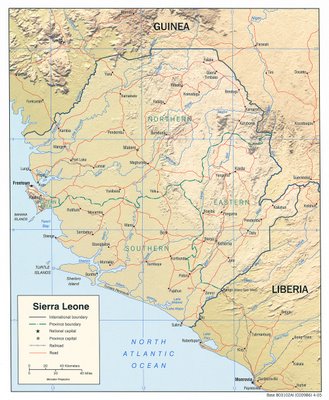 Reported here, some undemocratic concerns and:

The president said that Sierra Leone has been having problems with piracy, which makes the country's marine resources insecure to pirates.

He described the arrival of the Chinese donated gunboat as timely, adding that it will help reduce smuggling of fish noting that the boat has the capacity to protect the entire zone at high sea, running from Guinea to Liberian borders.

He said this is not the first time the Chinese government has donated gunboats to Sierra Leone and described the former as a true friend and reliable partner.

The donated boat has military fatigues, spear parts (sic) and other military gadgets.

He said China would always be a close friend and reliable partner to Sierra Leone.