Failed Attack by Pirates on Yacht off Sri Lanka 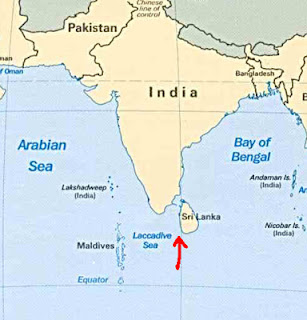 A failed attempt by pirates to board a yacht off Sri Lanka reported here:

Several fishing vessels chased and tried to board a yacht off southern Sri Lanka in a rare attempted incident of piracy, according to a report from a piracy watchdog.

The yacht, whose identity was not revealed, was enroute from the Maldives to Malaysia.

The attack took place 78 nautical miles off the island's south west coast early morning on August 18 but was reported by the IMB only on Tuesday. ***
Piracy in Sri Lankan waters is rare with the main concern in recent years being the threat from the Sea Tigers.

Sri Lanka is not known as a piracy hot spot unlike the Malacca Straits or the waters of Bangladesh where attacks by pirates are common.