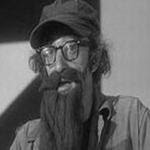 President Hugo Chavez wants Venezuelan clocks turned back half an hour and he wants it done in record time -- next Monday.

"I don't care if they call me crazy, the new time will go ahead, let them call me whatever they want," Chavez said on his weekly TV show. "I'm not to blame. I received a recommendation and said I liked the idea."

The shift will allow children to wake up for school in daylight instead of before sunrise, Chavez said.

That may seem reasonable to many Venezuelans but ordering the change with little notice and scant public education has raised questions over how much thought was given to the plan.

It also highlights how the anti-U.S. president's governing style can sometimes be eccentric, improvised and rushed in his self-styled revolution to turn one of the world's biggest oil exporters into a socialist state.

Chavez himself has not had time to get to grips with the practicalities of the clock shift.

In his live show, he called on his brother, the education minister, so that the two men could explain the measure. But they mistakenly told Venezuelans to move their clocks forward at midnight on Sunday, when the policy is to move them back.

Chavez dismissed criticism that moving the time only a half hour was quirky, questioning why the world had to follow a scheme of hourly divisions that he said was dictated by the imperial United States.

Reminds me of the old Woody Allen movie Bananas when the revolution comes and the new dictator, Esposito, announces some new policies:

Esposito: From this day on, the official language of San Marcos will be Swedish. Silence! In addition to that, all citizens will be required to change their underwear every half-hour. Underwear will be worn on the outside so we can check. Furthermore, all children under 16 years old are now... 16 years old!
Fielding Mellish: What's the Spanish word for straitjacket?