New Article: "The Threat of Maritime Terrorism to Israel" 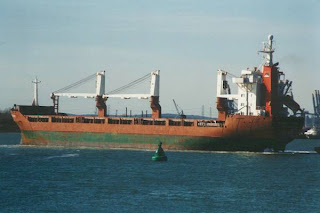 Scholar Akiva Lorenz, who wrote Al Qaeda's Maritime Threat has a new work out available at the International Institute for Counter-Terrorism website, The Threat of Maritime Terrorism to Israel and also at his blog, here. From his conclusion:

...as maritime targets are harder to attack than most onshore targets, terrorist organizations will continue to prefer attacking those while maritime smuggling operations will continue. While the establishment of better interconnected command and control centers, and the use of unmanned, aerial and maritime UAVs will allow Israel to decrease its reaction time on the home front, on the international front Israel's maritime assets are still wide open. International counter-measures such as the ISPS code and U.S. initiatives like the Container Security Initiatives (CSI) and Proliferation Security Initiative (PSI) can only be regarded as the first step in order to close this Achilles' heel.

Some of the work is a look at the history of terror actions against Israel from the sea, some of it is a look forward into continuing threats.

These on-going threats, involving port security, shipping container security, the safety of passenger carrying ships and the possible use of ships themselves as WMD (scenarios involving LNG and LPG ships, or ships carrying hazardous chemicals) or as vehicles to clog vital chokepoints, are not unique to Israel but are common threats to all nations dependent on maritime trade or operations. As such, Mr. Lorenz's piece is well worth reading, especially as a reminder that we are still in the early stages of working on preventive measures to harden our potential maritime targets.