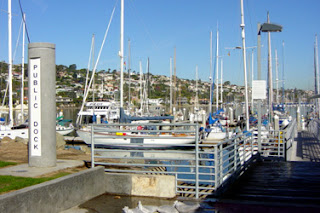 A test of small vessel radiation testing to be started in San Diego, as set out here:

The West Coast Maritime pilot program, which is already under way in the Puget Sound region of Washington state, was initiated by the DHS' Domestic Nuclear Detection Office.

According to the DHS, about $10 million will be spent on the pilot program to purchase radiation detection equipment, including portable sensors and fixed-position detectors.