Iran's Swarm Attack Tactics in the Strait of Hormuz 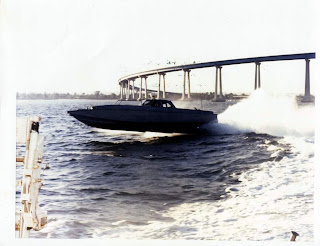 The U.S. Navy has determined that Iran has amassed a fleet of fast patrol boats in the 43-kilometer straits. Iran's Islamic Revolutionary Guard Corps, responsible for strategic programs, leads the effort. 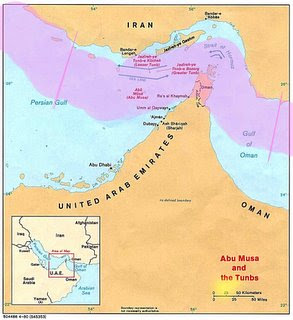 At this point, officials said, IRGC has deployed more than 1,000 FPBs in and around the straits. The vessels, armed with cruise missiles, mines, torpedoes and rocket-propelled grenades, are up to 23 meters in long and can reach a speed of 100 kilometers per hour. ***
"This marks the implementation of Iran's swarm program, where dozens of armed speed boats attack much larger naval vessels from all sides," an official said.
***
IRGC swarming tactics envision a group of more than 100 speedboats attacking a target, such as a Western naval vessel or a commercial oil tanker. They said 20 or more speedboats would strike from each direction, making defense extremely difficult. 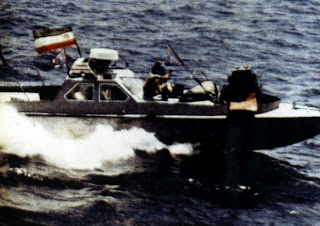 ***
"We have devised various tactics and other ways of coping," U.S. commander Vice Adm. Kevin Cosgriff said. "You just don't get 1,000 or 500 or even 20 of anything under way and tightly orchestrated over a large body of water to create a specific effect at a specific time and specific place. They have their own challenges.''

Swarming tactics are not new; they have been practiced by land armies for thousands of years. Such tactics require light, mobile forces with substantial striking power, capable of rapidly concentrating to attack an enemy from multiple directions and then rapidly dispersing. 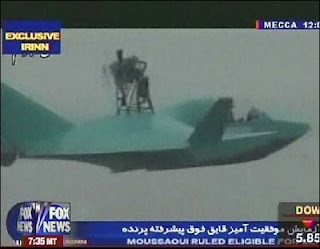 Iranian Boghammer from "Operation Earnst Will." Note on the bow the box is 107mm rocket launchers and also carried 51 cal on stern, plus RPGs & SAAM missles.

UPDATE3: A much earlier post on Iran and sea mines here. And a submariner looks at the Iranian mini-subs here and at the links therein.
Posted by Mark Tempest at 9/24/2007 01:15:00 PM