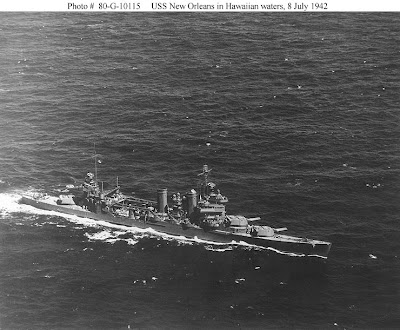 It used to be, back in the way back when, that on military bases there were clubs. And in those clubs were, shock and amazement!, drinking areas where adult beverages could be consumed. And sometimes, at the proper club, on a given night, there might be a piano player grinding out songs for the patrons of said club to "sing along" with.

In my youth, both as a dependent and as an officer of the line, I actually heard people singing along with songs like "I've got Sixpence" or "Bye Bye Blackbird". In the days before full court PC, songs like "Dixie" were sung, followed by the Yankee retort -"Old Cape Cod".

Sometimes, in the Air Force Officer Clubs, back in the days before there was an Air Force Academy and officers from West Point or Annapolis could choose to join Big Blue, "Anchors Aweigh" would joust with "The Caissons Go Rolling Along" just before the once rival alumni would join together in "The Air Force Song".

Such events, I'm told, used to occur at places like the NAS Oceana O-Club and some in California (Alameda? Nimitz Club?).

In any case, one song I used to hear sounded a little silly when I was younger, but now I appreciate its message. That song has a strong Navy tie, but was sung lustily at Air Force Clubs and probably at a few Army Posts, too.

Best of all, it has a story, as set out here:

"Praise the Lord and Pass the Ammunition"; was written by Frank Loesser. According to the song a chaplain ("sky pilot") was with some fighting men who were being attacked by an enemy. (Generally given at the time to be the Japanese at Pearl Harbor.) He was asked to say a prayer for the men who were engaged in the firing at the on-coming Japanese planes. The chaplain; the song went on to infer, put down his bible, manned one of the ship's gun turrets and begin firing back, saying, "Praise The Lord and pass the ammunition".
*** 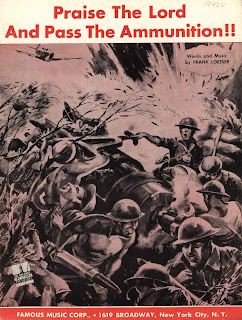 According to the writer, Jack S. McDowall, through the years the lyrics of the song have generally credited "a chaplain" manning the gun turrets of a ship, while under attack. "This was not true". says, McDowell.

For some time, long after the attack at Pearl Harbor, stories and reports continued to pop-up about the incident, involving a chaplain who was to have uttered the now famous words, "Praise the Lord and pass the ammunition."

These stories eventually made their way through the servicemen back to the press. The press, as McDowell noted, . . . led some writers erroneously to identify other chaplains as authors of the phrase.

Nonetheless, the real Chaplain, Howell Forgy, aboard the U.S.S. New Orleans; during the Japanese attack, was that Chaplain. He was a Lieutenant (j.g.) on that Sunday morning in December, 1941.

Another Lieutenant who had been in charge of an ammunition line on the USS New Orleans during the attack remembered.

"I heard a voice behind me saying, Praise the Lord and pass the ammunition. I turned and saw Chaplain Forgy walking toward me along the line of men. He was patting the men on the back and making that remark to cheer them and keep them going. I know it helped me a lot, too", he said.

Another Lieutenant j.g. said, the men aboard the USS New Orleans would thereafter kid Chaplain Forgy about the role he played whenever they heard the song that had been written. They also encouraged him to set the record straight as to who actually said what. According to that same Lieutenant the Chaplain would decline saying he felt "the episode should remain a legend rather than be associated with any particular person."

You can listen to the tune here. Some of you might be interested, if you know who Kay Kyser was, that there are a couple of sets of lyrics out there.

Here are the traditional words with the minor change made by Mr. Kyser (but a change which speaks volumes) highlighted in red (the Kyser version was #1 on the charts):

Sometimes, in our fight with stateless terrorists, I wish the underlying thought would get through to our politicians that we are embarked on a mighty mission and we need less sitting around and more effort on the "we'll all stay free" part.

A salute to Chaplain Forgy and his morale boosting words! 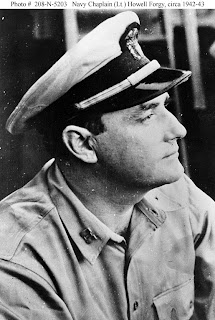 Biography of Chaplain Forgy here. And

noted here, with an accompanying photo of him holding the sheet music to the famous tune. And a 1943 Time piece here:

Everywhere Chaplain Forgy goes he hears his famed phrase sung as a popular song. Chaplain Forgy says he would "be content never to hear it again." He is much more interested at present in the effect of battle on a man's religious faith. Says he: "I learned more basic religion in my first five minutes under fire than I did in my seven years in the seminary and in preaching."