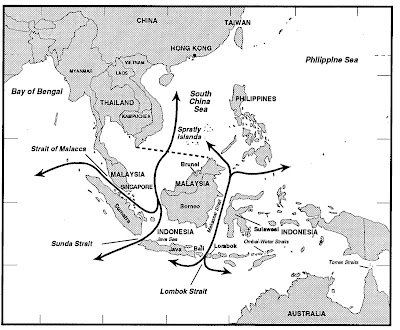 I am pleased to report that the 1996 John Noer and David Gregory National Defense University/Institute for National Strategic Studies publication is a available in pdf format from the Defense Technical Information Center and can be read or downloaded at Chokepoints: Maritime Economic Concerns in Southeast Asia or, more directly, here.

While the publication is not new, its focus is timely and on the very same Southeast Asia Sea Lines of Communication and chokepoints that are in the news as China asserts power of portions of the South China Sea.

Another work, from 2004, Straits, Passages and Chokepoints
A Maritime Geostrategy of Petroleum Distribution by Jean-Paul Rodrigue is also available in pdf format and provides updates for some of the charts in the Noer amd Gregory work.

Also highly recommended is visiting the Energy Information Agency's excellent work World Oil Transit Chokepoints. Because, really, most of the trade to be concerned about is not Barbie shoes, but rather oil.

See also Sea lanes in the news: China, India and the US and Sea Lanes. 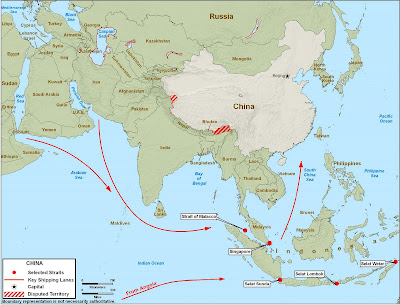 From ANNUAL REPORT TO CONGRESS: Military Power of the
People’s Republic of China 2009, available for download here.

From the same source: 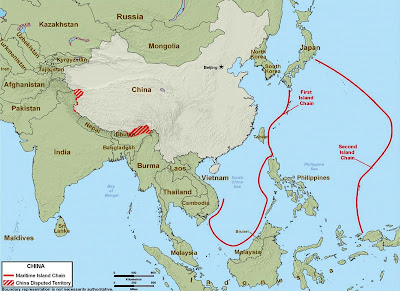 Some PLA Navy thinkers . . . have posited an alternative to the “Offshore Active Defense,” which emphasizes coastal defense operations within the first island chain and a focus on Taiwan contingencies. The new concept, called the “Far Sea Defense,” emphasizes multi-dimensional precision attacks beyond the first island chain and operations outside of China’s claimed 200 nautical mile EEZ to defend PRC national interests, adding a layer of strategic depth within which to defend China’s coastline.

It is worth noting, as I did here, the similarity of this Chinese line of thinking to the Japanese plans for World War II: 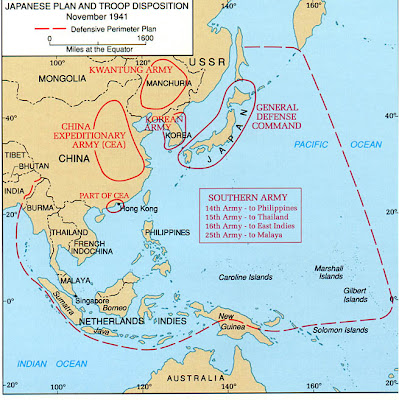 This post is also very pertinent to the issue of sea lane protection as set out in Joint Operating Environment 2008: 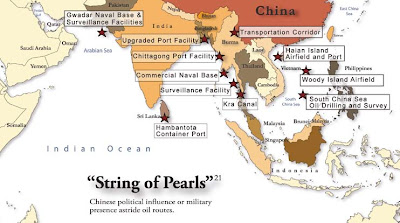