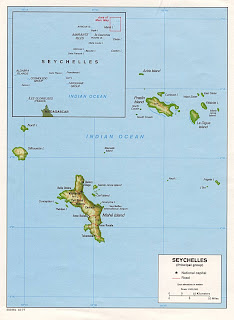 Suspected pirates, found in the vicinity of the recent attack on a cruise ship off the Seychelles have been swept up by a Spanish frigate, as reported here:

A Spanish warship has intercepted a skiff carrying nine suspected Somali pirates believed to have attacked an Italian cruise ship at the weekend, the defence ministry said Monday.

The Numancia frigate "intercepted a skiff with nine occupants who could be connected to the hijacking attempt of the Italian cruise ship which was eventually repelled by the boat," it said in a statement.

The cruise liner Melody, carrying more than 1,500 people, was attacked on Saturday but Israeli security guards on board the ship responded to the pirates' gunfire and were able to repel them.

After the hijacking attempt The Numancia, along with patrol planes from France and the Seychelles and an Indian navy ship, launched a high-seas hunt for the assailants. 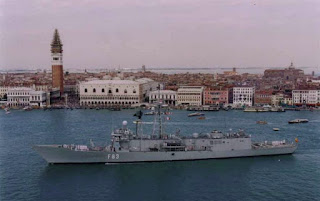 During the search, the naval mission found "two small boats with nine suspects on board very close to the scene of the attack against the cruise," the Spanish defence ministry said.

The suspects abandoned one the boats and were later caught in the skiff. The Spanish navy handed over the suspects to a Seychelles ship since they were captured in the island nation's waters in the Indian Ocean.

A commander of the pirates who attacked the cruise ship described the bandits' attempt to seize the boat in an interview with AFP earlier Monday.

"Unfortunately, for technical reasons, we could not seize the ship," Mohamed Muse told AFP by phone from the pirate lair of Eyl, in the northern Somali breakaway state of Puntland.

"We were aware that hijacking such a big ship would have been a new landmark in piracy off the coast of Somalia but unfortunately they used good tactics and we were not able to board," he said.

"It was not the first time we went for that kind of ship and this time we came closer to capturing it and we really sprayed it with gunfire," Muse said.

The captain of the cruise liner, Ciro Pinto, said the attack had felt like a war and praised the response of the security guards.

"The ship was very big and there were only a dozen pirates involved in the attack so we eventually ad to decide to back off after chasing it for close to 30 minutes," Muse said.

Muse? Same name as the suspect in the Maersk Alabama case? Hmmm.

The Spanish frigate is based on the U.S. Perry class design. See here for Spanish Navy report on incident, translated (by Google):

Monday, 27 April 2009
The frigate "Numancia" and located a boat allegedly addresses used by hackers to assault the MSC Melody cruise

Intercepted a skiff with new occupants

The frigate 'Numancia,' has now successfully completed a new mission after the interception of a suspected piracy skiff north coast of the Seychelles.

During the morning of Sunday, April 26, received a communication from emergency aboard the "Numancia" for the attempted kidnapping of the Italian flag ship MSC Melody, who was traveling with 991 passengers and 536 crew members of the Indian Ocean waters to the North of Seychelles. Immediately the commander of the Naval Force of the European Union (EUNAVFOR), Captain Juan Garat, ordered the frigate heading to the scene at full speed, while coordinating the intervention with other military forces in the area .

The area where the assault took place more than 300 miles (over 550 km) of the position of the frigate, and the Force Commander requested the collaboration of other international forces in the area. In addition to the Spanish ship and its helicopter, involved two maritime patrol aircraft, one French and one of Seychelles, and the ship of the Navy India 'Nirdeshak', with an embarked helicopter. After a laborious search together, two small boats were located very close to the point of attack on the cruise, with nine suspects on board. 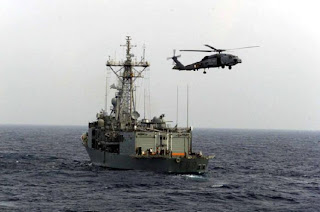 At a certain point, the assumptions of an abandoned pirate ship, which was found empty and investigated by the Indian vessel, while the "Numancia" and sought to reach the other, with the nine occupants on board. Finally, given that the incident took place in the Seychelles Exclusive Economic Zone, a ship that took nationality of the suspects. 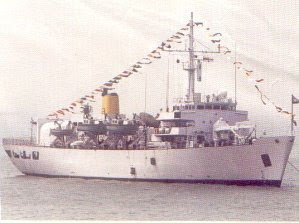 The INS Nirdeshak, which belongs to the Sandhayak class of survey vessels, is equipped with a Chetak helicopter and interceptor boats that can undertake anti-piracy missions. It also has a heavy 40 mm Bofors gun on board and has made several trips to the island 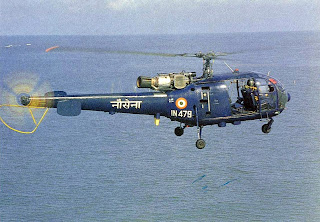 nation in the past to carry out navigational surveys.