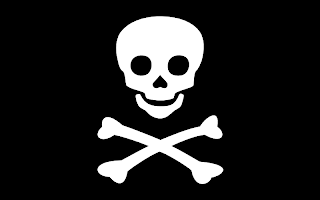 He might have been a Boy Scout or a Key Club member. In fact, given the glow of this AP piece, he might go straight to sainthood - see here:

Muse grew up poor in a one-room home, the eldest child of a divorced mother, in one of the most impoverished, violent countries in the world. A nation of around 8 million people, Somalia has not had a functioning government since 1991. A quarter of Somali children die before age 5 and nearly every public institution has collapsed.

Muse's mother sells milk at a small market every day, saving around $6 every month for school fees for her oldest son. She pays 15 dollars a month in rent.

"I cried when I saw the picture of him," Hassan said, referring to the photo of her son being led in handcuffs in New York. "Relatives brought a copy of the picture to me. Surely he is telling himself now, 'My mother's heart is broken.'"

She said the last time she saw her son in person, she was pushing him out the door so he would not be late for school.

Since that day weeks ago, he simply disappeared. Asked why she believed he left, Hassan was at a loss.

Well, I can tell you why he left. All the cool kids are out capturing ships for ransom, holding crews hostage at gun point while robbing them of their personal belongings, shooting at ships with AK-47s and RPGs, and driving big cars. And getting all the pretty girls.

Sorry about your poverty, ma'am, but that hardly makes your family unique in this world nor does it provide an excuse for piracy - which, as we keep hearing, is really all about being like being the Coast Guard for Somalia, which is how Muse ended up being involved in an attack on a large ship several hundred miles off the coast of Somalia -way beyond where coast guards work.

But we saw this coming, didn't we?

You gotta understand,
It's just our bringin' up-ke
That gets us out of hand.

The decision to treat him as an adult led to the unsealing of a criminal complaint by FBI Agent Steven E. Sorrells that provided dramatic new details about the ship's seizure and what transpired before U.S. snipers shot three Somali pirates and Muse was captured.

Sorrells wrote that the ship's captain, Richard Phillips, told him he fired multiple warning flares at the pirates' boat to try to chase them away.

The agent said Muse was the first pirate to board the boat, armed with a gun, as it was about 280 miles off the Somali coast.

"From the deck of the Maersk Alabama, Muse fired his gun at the captain who was still in the bridge," Sorrells said.

The agent said Muse entered the bridge, told the captain to stop the ship and "conducted himself as the leader of the pirates."

After the other pirates boarded, three of them accompanied the captain to a safe where he took out about $30,000 in cash, which the pirates then took, Sorrells said.

Sorrells said the pirates held Phillips on a life boat for four days, with Muse telling the captain at one point that he had hijacked other ships before.

After Phillips tried to escape by jumping in the water, the pirates fired a gun at him and later tied him up and hit him, Sorrells said.
***
Muse was charged with several counts, including piracy under the law of nations. That charge carries a mandatory penalty of life in prison.
***
In addition to piracy, he was charged with conspiracy to seize a ship by force; discharging a firearm; aiding and abetting the discharge of a firearm during a conspiracy to seize a ship by force; conspiracy to commit hostage taking; and brandishing a firearm.

And, even in jail, he may better off than on the streets of Somalia or in a small boat chasing ships...

From the United States Code:

Whoever, on the high seas, commits the crime of piracy as defined by the law of nations, and is afterwards brought into or found in the United States, shall be imprisoned for life.

(1) In general. - A person who unlawfully and intentionally -

(A) seizes or exercises control over a ship by force or threat thereof or any other form of intimidation;

(B) performs an act of violence against a person on board a ship if that act is likely to endanger the safe navigation of that ship;

(C) destroys a ship or causes damage to a ship or to its cargo which is likely to endanger the safe navigation of that ship;

(D) places or causes to be placed on a ship, by any means whatsoever, a device or substance which is likely to destroy that ship, or cause damage to that ship or its cargo which endangers or is likely to endanger the safe navigation of that ship;

(F) communicates information, knowing the information to be false and under circumstances in which such information may reasonably be believed, thereby endangering the safe navigation of a ship;

(G) injures or kills any person in connection with the commission or the attempted commission of any of the offenses set forth in subparagraphs (A) through (F); or

(H) attempts or conspires to do any act prohibited under subparagraphs (A) through (G), shall be fined under this title, imprisoned not more than 20 years, or both; and if the death of any person results from conduct prohibited by this paragraph, shall be punished by death or imprisoned for any term of years or for life.