A report out of Kenya says Somali pirates have hijacked a German ship with 24 crew members on board.

He says the hijacking occurred about 740 kilometers off the coast of Kismayo, between Kenya and the Seychelles.

Hijackers seized a German-owned ship in the pirate-infested waters between Somalia and Yemen on Saturday, a U.S. Navy spokesman said. 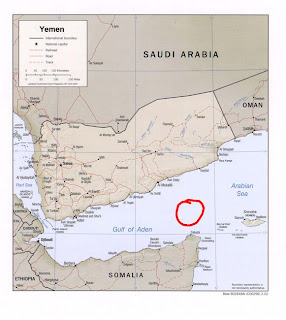 An official from the German Foreign Ministry could not immediately confirm the ship's capture.

UPDATE2: Revised map with circle giving general indication of are of capture.