Thanks to our friends at the IMB, we can create a visual history of pirate attacks off Somalia since 2005.

Note that the Gulf of Aden pirate attacks are really a relatively new occurrence.

In my view the increase in GOA attacks is tied to the beginning of the provision of armed escorts for World Food Program shipping to Somalia starting in late 2007, but I'm still working on gathering statistics to confirm that. In the interim, here's a historical look (click to enlarge the maps): 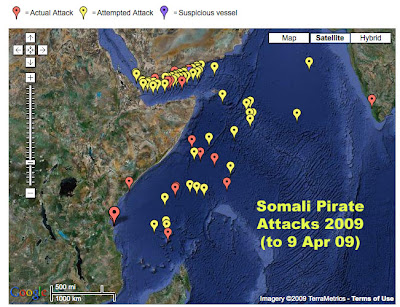 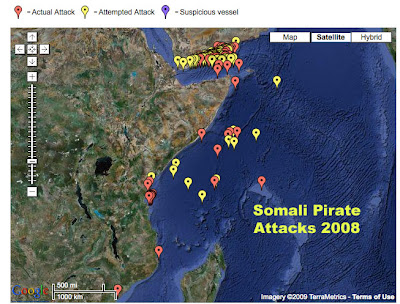 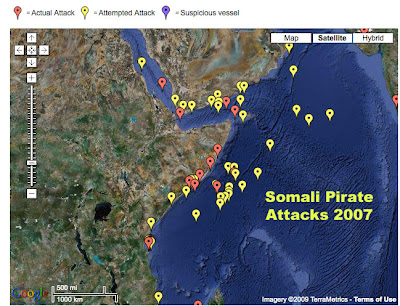 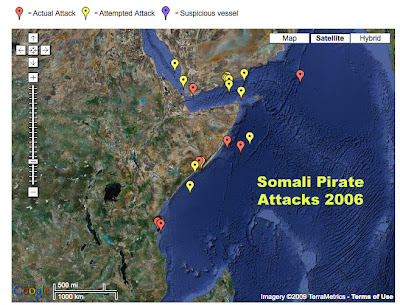 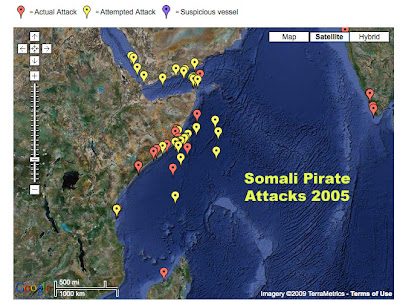