Fighting Pirates: Self Protection for Ships 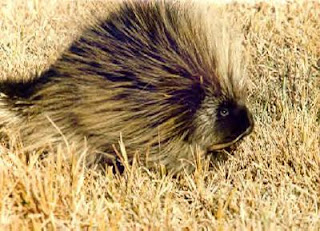 Vice Admiral Gortney, Commander, Naval Forces, Central Command has a few ideas that could result in some merchant ships eliminating that "Welcome, Pirates!" sign off their hulls. In some media comments reported here , the Admiral had some good thoughts:

"You need two things to have a successful piracy attack. You need pirates that are seeking monetary gain and you also need a ship that's able to get pirated," Vice Admiral William Gortney told CNN.

Somali pirates have vowed to retaliate for Sunday's shooting of three men by U.S. Navy snipers, and Gortney said that shipping companies needed to provide a last line of defense against being boarded by pirates.

He said that in addition to armed guards, companies could deploy more passive measures, like barbed wire around the lower parts of the ship.

"Just last week, two vessels were unsuccessfully attacked because the ship had put barbed wire around the ship on the closest avenues of approach," he said.

On NBC, he said the U.S. was trying to "disincentivize" pirates from attacking U.S.-flagged ships, but added it hopes "that the tribal elders in Somalia would encourage young men to look for other livelihoods, realizing that the lack of opportunity is what drives them to piracy in the first place."

Other suggestions: Travel at night (but watch out for those full moon nights!), move at speeds in excess of 15 knots, stay near patrolled shipping lanes and keep a good watch with lookouts and radar while transiting known pirate areas.

Merchant ships, without spending a fortune, can become harder targets. Razor wire, water hoses and alert crews will save ships. Adding a few minutes to the time pirates need to get aboard may allow help to arrive to defeat the pirate attack.