A gathering of reports:

A Russian naval destroyer on Tuesday seized 29 suspected pirates off the coast of Somalia, the defence ministry said, according to Russian news agencies. "The Admiral Panteleev (destroyer) captured Tuesday at 1412 GMT a boat carrying pirates. In total, 29 people were arrested," the ministry said in a statement. "Seven Kalachnikov

machine-guns, handguns of different calibres, equipment including satellite navigation devices and a large number of empty shells were discovered on board the boat," the ministry said, adding that an investigation has been opened.

I don't think being "armed at sea" is a surprise in the area off Somalia, most arrests are made after observing or preventing an attack . . .

Somali "vigilantes" take on pirates? Yes, according to this:

Somalis are fed up with pirates clogging up their ports – and they’re not taking it anymore. At least some of them.

Somali vigilantes captured 12 armed pirates in two boats after regional leaders in the coastal towns of Alula and Bargaal in Somalia’s northern Puntland region told the BBC that they have formed a militia of fishermen to catch the modern-day swashbucklers.

More on the vigilante forces here. Hope the Russians are not picking up the "vigilantes."

A lawsuit filed against the Maersk shipping owner by a crew member from the pirate attacked Maersk Alabama here for ... unsafe working conditions or something . . . I guess he's not like the cook in Under Siege. "Nah. I'm just a cook. " UPDATE: gCaptain has more.

An orchestra on the top deck continued to play, until a woman burst in and said pirates were attacking the ship. 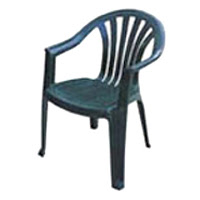 "(The pirates) tried to get their ropes, or their hooks, onto the boat, and they did start to climb up, but this woman threw the tables onto them and pushed them back."