An Italian cruise ship with 1,500 people on board fended off a pirate attack far off the coast of Somalia when its Israeli private security forces exchanged fire with the bandits and drove them away, the commander said Sunday. 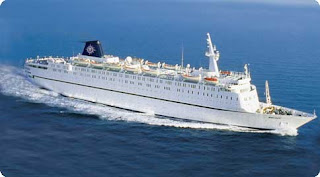 "It felt like we were in war," Pinto said.
***
Domenico Pellegrino, head of the Italian cruise line, said Msc Cruises hired the Israelis because they were the best trained security agents, the ANSA news agency reported.

"Six guys in a small boat . . ." We need more escort ships out there as soon as possible. I have previously suggest how that might be done. See here, here, and here for starters.

Another reported attack from the same report: 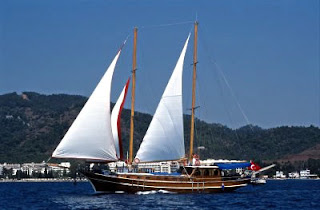 "Pirates opened fire at the cruise ship for 15 minutes then stopped for no reason," he said, adding that the cruiser was heading to Aden, Yemen, to fix a broken engine.

Background info on the Ariva 3.

There is also a report of a Yemeni ship being captured:

Somali pirates seized an empty Yemeni oil tanker in the Gulf of Aden on Sunday and two pirates were killed in clashes as the Yemeni coast guard tried to free the vessel, a Yemeni government official said. Skip related content

The official said three pirates and two Yemeni coast guards were also wounded in the exchange.

The tanker, Qana, can carry 3,000 tonnes but was not carrying a cargo when it was seized off the coast of the Arabian Peninsula country, the official told Reuters.

Yemen, across the Gulf of Aden from Somalia, is a small producer of oil and exports 200,000 barrels per day.

This report comes as another report indicates that another Yemeni tanker has been released:

"There must have been a ransom paid but we don't know how much."

The tanker was seized on Jan. 2 and was carrying petroleum products. It had 15 crew members, including eight Indian seamen.

A sea gang released another ship on Saturday. The Greek ship was let free after a $1.9 million ransom payment.

UPDATE: Winds are down off the east Coast of Somalia and near the Seychelles as shown here: 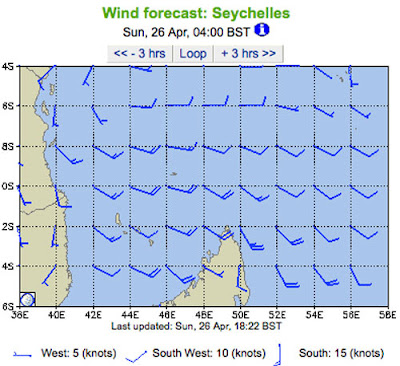 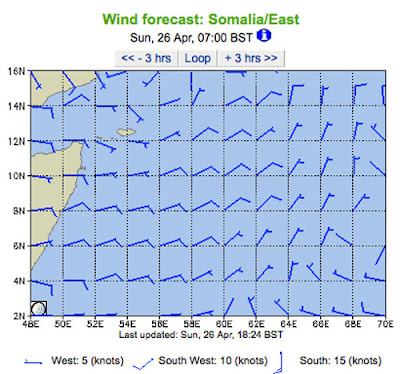 UPDATE: An interesting email about the capture of the Qana from Gulf of Aden Group Transits, point out some pirate tactics:

We are heavily involved with the Yemen Navy and Coastguard and have escorted and placed armed teams on many ships over the last few months.

The Qana was hijacked 11 miles off the Yemen coast in a convoy with 4 tankers enroute to Mukalla, 4 skiffs each with between 4/6 pirates in each swarmed in true tactical formation attacking the front and back of the 3 mile 4 ship convoy at the same time. They were protected by only 1 Yemen coastguard vessel.

There was a firefight and I think you will find more than 2 pirates were killed, however the Qana broke off of the convoy during the attack as she was number 2 and the front 2 skiffs managed to get her – they are still only 30 miles off of the coast with the Yemen Navy in pursuit......... Actions TBC!!

Based on all the tactics and knowledge we have of the pirates, the method and process of launching a small rib tender that is armed is very seriously flawed as they will often work in pairs or greater numbers and will easily bait the vessel to launch to be drawn away while others intercept in greater numbers.

The last paragraph is addressing one of the ideas quoted here which came from here, to wit:

A possible solution to these issues involves moving the defensive platform off the deck of the ship being defended and taking the fight to the pirates while they are still some distance from the ship. By placing a significant portion of a ship’s defenses on board a smaller vessel that can be launched from the mother ship, any counter fire from the pirates will be directed at that smaller vessel, and not at the initially targeted vessel. Assuming a ship has opted to include lethal force in its list of options, this also allows the mother ship to release an armed security vessel before entering a port of call that would not permit entry of armed vessels into their port. The security vessel could be moved from one ship leaving a hazardous sea lane and passed onto another entering, or it could be picked up by a tender that shuttles the security vessels between ships needing protection.