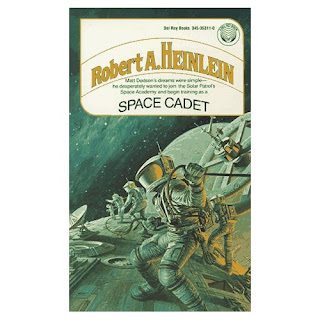 Robert A. Heinlein's 100th anniversary of birth. He anticipated cell phones and a whole lot more. My favorites of his works include Space Cadet- a book I checked out from the Anderson AFB library so much when I was a kid that I probably set a record for most check outs of one book. Though I followed it closely witn Red Planet - as I grew older, Glory Road beckoned and I still re-read Starship Troopers from time to time.

Great yarns, with a keen understanding of the importance of character, honor and loyalty.
Posted by Mark Tempest at 7/08/2007 06:56:00 PM